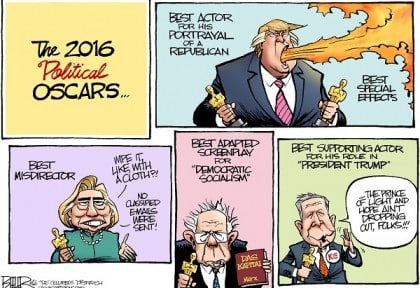 Prominent people who deserved an award this Australia Day/Republic Day

January 26 is not only a special day of national importance to India and Australia. This day means much more to a select group of citizens in both these countries as they are given awards for their exemplary service in various walks of life. Honouring their distinguished citizens is part of the social fabric of most countries in the world, and each country has its own method of selecting such persons and nomenclature for those awards.
In India it ranges from Bharat Ratna to Padma Sri whereas the Australian honours have categories like AO (Officer of the Order of Australia), AM (Member of the Order of Australia) and OAM (Medal of the Order of Australia).
I have no clue of the Indian selection process except perhaps to guess it is on a ‘who you know’ basis. Thankfully, Down Under it is a lot more open. Anyone can nominate a fellow Australian citizen considered to have made an outstanding achievement. The Australian Honours Secretariat, an independent body, considers all the nominations and make its recommendations to the Governor General.
Not being privy to the selection process, I took the liberty of coming up with a list of prominent persons who are worthy of some award, based on what I have read in the media of their feats.
Kevin Rudd: Citizen of the World
Never one to be cowed down by obstacles, and not content with his claims to have saved Australia from the GFC by emptying a war chest of some $32 billion squirreled away by the previous Coalition government, he UNearthed his ambition to save the world to become the UN Secretary General. UNdaunted by Australia’s veto to his approach to endorse him for the job, he got UNdisclosed support from an UNknown African country, Botswana. Turnbull turned down his ‘endorse me or else’ message and, alas, the world has lost a great opportunity. So the above award is some consolation.


Nick Kyrgios: Sportsman of the Year
Nick off, he said to his fans. Who in the sports world would dare say such a thing? He has more guts than his racquet. His tennis talent may be matchless but his temperament is not that grand; it is the one that stands in the way of his netting any grand slam. Since eleven time grand slam winner Rod Laver has vouched that cranky Kyrgi “could be the best tennis player in the world”, who am I to ace the Australian legend’s comment?

Derryn Hinch: Golden Wagon Wheel
Having fallen off the wagon, the Australian wine industry’s top award goes to this guy for giving a boost to their booze business, claiming drinking won’t harm his borrowed liver. Natasha, the latest ex of this five-time married, tweeted that he flogs his new liver with a flagon. He watered down her claim saying he drinks the ‘odd glass of wine, one third wine, two-thirds water’.  Does an odd glass makes him so tipsy as to change his mind three times on the Backpackers Tax bill, back-tracking his own proposal? This former presenter of A Current Affair (some of them cooked-up), after a life-saving liver transplant, vowed not to touch another drop. Now quoting that his surgeon has cleared his drinking, he seems to have a golden endorsement and the award too.

Narendra Modi: Aladdin Magic Lamp Award
Trying to ‘sell’ new money for old, Narendra bahi has let a genie out of the bottle in his battle to curb corruption by bringing black money out in the open. But the long queues of ordinary folks outside the banks to swap their notes may be lengthening his odds of winning public acclaim from 500 /1 to 2000/1, at least in the short run.
Salman Khan: Houdini Escape Loop
It was a fourteen-year saga of the hit-and-run court case over charges of causing death to a guy sleeping on a Mumbai footpath while driving after heavy drinking. At last, one Sessions Court judge Deshpande found him guilty of manslaughter and he was expected to spend time inside. However, later the Bombay High Court turned down the lower court’s verdict observing “strong public suspicion of guilt cannot be used to hold a person guilty”. In an earlier case too, when he was charged with killing a deer, sacred to the local Bishnoi people, he got away. No Indian could be that silly to expect our hero Sallu to be locked up. He beats Houdini any day hands down.

Donald Trump: Multiple awards
Every professional association is competing to confer its highest honour on him. American Hair Dressers Inc. gives its top ‘Golden Comb’ award for his inimitable hairdo. The US Consortium of Construction Industries confers its prestigious ‘Master Builder of America’ (not to be confused with the commonplace MBA) for his proposal to build a wall along the Mexican border that will boost their business and promote employment. China, of course, is not chuffed since this will rival its Great Wall as the only man-made feature seen from space. Unfortunately, space here limits me in listing many other awards for the triumphant Trump!