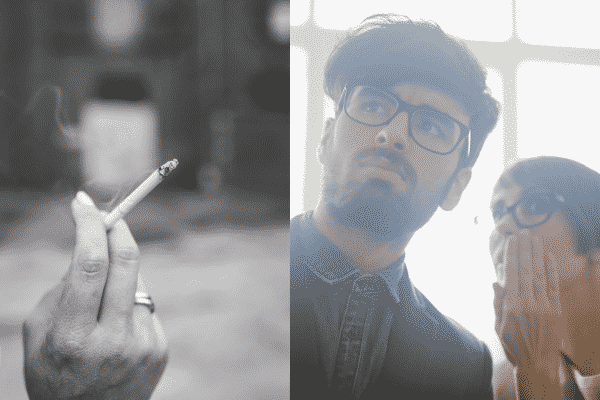 One of my neighbours has been irritating me for the last five years and I really need your help in addressing this problem. Steve has a good job and has a wife and kids. I have known him for six years. Now the thing is Auntyji, for the last five years, whenever I go outside my house to have a cigarette, and Steve is in the park with his kids, he runs over to me to bum a cigarette off me. I find this a very irritating habit, and I think he is … what do the Australians say, a grub or a scab. Even a bludger. Of course, I do the polite thing and give him a cigarette, and even light it up for him, but more and more, kanjoos Steve is beginning to get up my nose. He has a job and lives in a fashionable suburb, why can’t he buy his own cigarettes? And why does he smoke in front of his kids anyway? I am so irritated by Steve that I am even considering giving up cigarettes, or buying a really cheap variety just to give to Steve. That’s what he deserves – a low budget cigarette because he is a low budget man. So tell me Auntyji, what do I do to get rid of Steve?

Hey Bhagwaan! Mai ek hi baar ye kahoongi, so listen carefully, you budtehzeeb ignoramus. Know who’s getting up my nose? You. Of all the people who piss me off daily, at the top of my list are smokers. This is a disgusting, gandi aadat that only uneducated gawars indulge in. The fact that you have been smoking for five years and have the nerve to judge poor kanjoos Steve is beyond me. Here you are, judging Steve for smoking in front of his kids, but what example are you setting? You sound like someone who probably tosses the cigarette butt on the ground after you have abused your body with toxins from the cigarette, right?

Now I suspect that the reason Steve bums a dart off you is because he is not a smoker, or is trying to give up, and each time he sees you light up, his willpower goes out the window. So not only are you destroying your own health, you selfish man, but you are contributing to Steve’s problems, as well as society’s problems when you get emphysema and you need health care – healthcare that should be allocated to unfortunate people who looked after themselves but had the misfortune of falling sick. How do you get rid of Steve? Well, just wait a couple of years and he might get lung cancer and die because you gave him cigarettes. His poor children will be left fatherless and it will be your fault. So put that in your pipe and smoke it.

READ ALSO: Auntyji: A 2020 briefing and choosing to have kids

Last week I was talking to my work mates about some of our colleagues and we were idly speculating about this and that. Mind you, I have known my colleagues for 7 years so you can say we know each other pretty well. So we were talking about how much everyone in our company earns and I then posed a hypothetical question to the group. I asked what each of us would do if we mistakenly received an excel spreadsheet from HR that had everyone’s salaries listed. Would we open the spreadsheet and look at it, or would we just delete it. And why. The conversation became interesting and while others said that they would delete the email because they didn’t want to know about others, I said that I would open the email to see what other people earned. I said it would be good information to have for performance review time because I know I work harder than everyone else.  By the way, we work at a large Telco in Sydney. Now my colleagues are judging me and they have made one or two snide remarks about me wanting to know peoples private affairs. I am getting very angry and I want to go to HR to complain. What are your thoughts?

Oh, you paapin! Such a kalmouhi you are. What kind of Raavan ki bahen are you that you feel there is nothing to be lost and everything to be gained by knowing about other people’s private matters? Did you seriously think that you could reveal this information, this zehrili baat about yourself and have no one look at you with tajjub?

OK, let’s dissect this fazool ki baat. First, if you knew about people’s salaries, don’t you think that you would then immediately become unhappy at how much more other people earn than you, especially if in your chhota sa dimaag you think you work harder than most? Don’t you think that you would go round and round in circles in your mind about the unfairness of it all? And listen up, Dayan, I will say this only ek baar. No good would ever come from knowing how much your colleagues earn. Just the unfairness of a system that decides a person’s salary would eat you up.

Oh and also, your colleagues seem like they are much smarter than you. They have more akal, while the darwaza to your intelligence has been bund for ever.

And about you complaining to HR. Forget about it. You will look like a pagal nagin who wants to dus her colleagues because you were bewakuf enough to reveal your diabolical plans to them. Kaam pe dhiyaan rakhna seekho, behenji.

Ask Auntyji: On craving more Facetime with the grandkids