Our resident agony aunt will solve your daily dilemmas 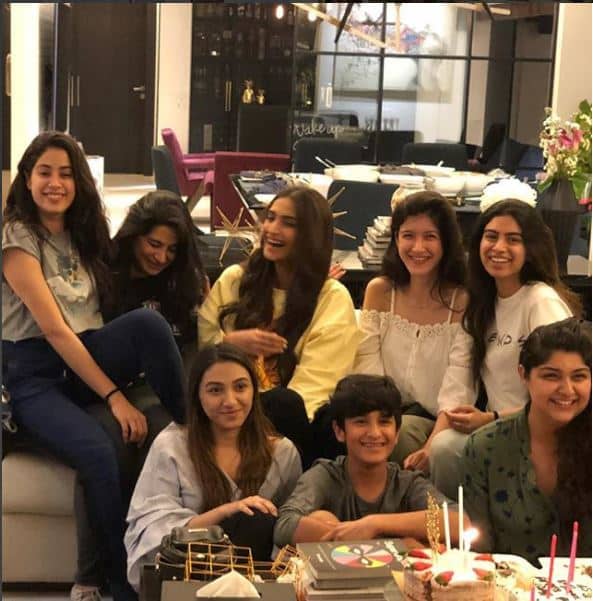 DEAR AUNTYJI
I have a question to ask that has my entire family divided. On one point we agreed, however. That Sridevi was a great actress and we were deeply saddened by her death. But Auntyji, while we were all in mourning, a week later, we were all exposed to pictures of a smiling Janhvi on her 21st. How could she look so happy and smiling when her mother had died only a week earlier. I was outraged and upset by this, and we have had many debates at home about the vulgarity of these pictures. How cheap and common to smile and look happy after the sudden death of a mother. What are your thoughts on the subject, Auntyji?


AUNTYJI SAYS
I agree with you on one point. Sridevi was a wonderful actress, a living treasure, a national legend. She made millions, if not billions, happy with her work. And because of that, we all wish her eternal happiness, wherever she is. Now, back to your point about Janhvi’s smiling birthday pictures. Okay, her mother died a week earlier. Now, do you think that perhaps Sridevi raised her children to embrace all of life’s possibilities, and to honour and acknowledge her motherhood by being authentic? Or do you feel Sridevi raised insincere young woman who wallow in the loss of their mother and let this stop them from continuing their lives? Clearly, all the scriptures tell us to live life to the fullest, to appreciate what we have, and to acknowledge and give thanks for our blessings. Perhaps Janhvi felt that she would be doing her mother’s memory a disservice by moping on her 21st. Perhaps she understood that her mum would have wanted her to continue with life and be grateful that she had a mum who was so special. In any case, Janhvi and her sister Khushi have lost their beloved mother. You have no right to cast aspersions on anything that they do. Their dear mum brought laughter, joy and wonder into our lives. We have no right to demand anything of the daughters. So let it be.

DEAR AUNTYJI
Today, we went out to lunch with our work colleagues, and a beggar came up to us and asked for some money. One of our colleagues gave him some coins, but this started a debate amongst us about on whether we should give money to beggars. Most people said that Centrelink gives these beggars money, so why should we and that they will waste it on cigarettes and alcohol. The people said that each time we give money to beggars, we are simply enabling bad habits. I am not so sure, Auntyji. Surely giving someone some coins doesn’t hurt in any way, does it? Why can’t we just give money and think nothing of it? Do we need to be so precious about it? Aap ki kya raay hai?

AUNTYJI SAYS
Arre my little laddoo, aap kitne samajhdar hai to ask me this interesting question. Here is the baat. We live in a very rich society, and in fact, anyone who is living in this wonderful country has practically won the lottery of life. Now let’s just say society is a bell curve – of very rich people on the extreme right of the curve, and most people in the middle on the curve. Then, you have poor and disenfranchised folks on the extreme left. Now, living in a well-to-do society like ours, it becomes our duty to look after those members of society who are not doing so well. If you spare a few coins, it won’t make a difference to your day. What the beggar chooses to do with the coins is up to them. You have a choice to part with your coins. That choice is not conditional on you deciding what the money is spent on. You are not the Sarkar, collecting taxes to dispense at your discretion. You are just a member of society choosing to give some alms to a beggar. Give it freely, give it willingly and give it without attached conditions. Keep it simple. If you have issues with any of that, then don’t give your paisa. Simple, nah?