Ask Auntyji: Why does Kareena's son Taimur have blue eyes?

Now we all know that Saif and Soha and Kunal and Kereena all have brown eyes. How come their babies are blue eyed? Biology classes taught me that brown eyes are recessive - so how come all these generationally brown eyed people are having blue eyed babies? 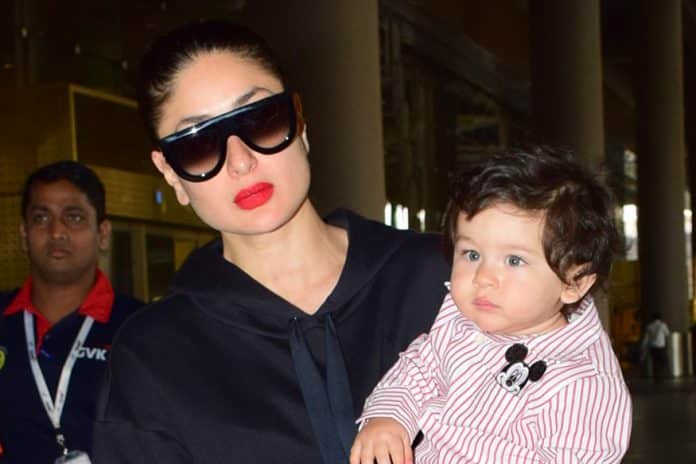 Dear Auntyji
I have a hypothesis that I wanted to run past you before I started posting this on my blog. When I was in school, I paid attention during biology class when the teachers were teaching us about genetics. I remember this time well – it was during the mango season, and the trees outside the classroom were full of beautiful ripe mangoes. As I was a studious young lady, I paid attention during class. From time to time, I allowed my attention to drift during maths class and I would gaze at the lovely mangoes and wished that Manoj from 3B would climb the tree and pick mangoes for me.

In any case, I was lately browsing Bollywood news, and I noticed that not only Taimur Ali Khan has blue eyes, so does his cousin Inaaya. Now we all know that Saif and Soha and Kunal and Kereena all have brown eyes. How come their babies are blue eyed? Biology classes taught me that brown eyes are recessive – so how come all these generationally brown eyed people are having blue eyed babies? And so many Bollywood stars are having blue eyed kids – from Twinkle’s son Aarav, to Sanjay Dutt’s young daughter. What’s going on auntyji, are we all mutating into blue eyed people? Or do you think these people have had ancestors who got up to no good?  How is this possible? Do you think there is something in the food we are eating? Please advise post haste, I need to upload this to my blog on Tuesday please.
Auntyji says
Arre budtehzeeb paapin! Do you not understand how genetics works? You really should not have been lusting after those mangoes otherwise you would have heard your teacher say that genetics are complicated, and that there are lots of factors that help present or suppress genes. I will give you this. All the Bollywood blue eyed babies are very very cute, and especially that Taimur. He is chooooo chweet, don’t you just want to pinch his chubby chubby cheeks and kiss him all over? Fortunately, us common folk don’t have access to the chhota nawab – so he is spared of our evil eyes. Anyway, back to your query. Genetics are complicated, and the expression of blue eyes or straight hair or tongue rolling ability have much more than just dominant recessive genes at play. If you are really keen to understand genetics, go read up on the subject, in the full knowledge that every day, new mysteries about genes are being unravelled. In the meantime, let Taimur and Inaaya be. Surely they are too cute and innocent to have paapins like you questioning their parentage, no?

Don’t judge me by the clothes I wear

Dear Auntyji
Last week I left my Auntyji in charge of my three-year-old son while I ran an errand. When I came home, my lovely little Kunal was dressed in his cousin Sheena’s ghaghra choli with full face of makeup. He was singing and dancing while Sheena clapped her hands and shouted wah wah at him. Auntyji, I took one look at this tamasha, shrieked out a Hey Ram and fell to the zameen. I understand that was a bit melodramatic, but I was too shocked, and Mai aur kya karti, Ye paap mere samne ho raha tha! To maine Kunal ko grab kiya and left the house. I have not spoken to my aunt since, and I think she must hate me to do such a thing. I think she is trying to convert my son, and she must be listening to too many lefties and thinks it’s acceptable for that behuda harkat in my family. I am still bilkul pagal ki tarah traumatised. Do you think you could give my Mausi Pushpa a piece of your mind please? Can you do this for my bechara nadaan Kunal?
Auntyji says
Arre, tum bhi ek budtehzeeb paapin ho. Tumhara hosh kaha hain? Apne deemag ka darwaza kholo, aur suno meri leftist leanings wali baatein.
Baachche log are innocent, nah? They probably saw an old rerun of choli ke peechche and they were just acting out what they saw on the screen. Isme boori baat kya hai? Or are you such a dayan that you think that all of these things are and now your poor Kunal will become something you can’t tolerate? Well, if so, you are a bigot, and there is no place in society for you. Kunal should be free to become whatever he wants to – unless it’s a serial killer in which case we will probably need to look no further than his bigoted mother to see why he turned out this way. Bachche log were just playing and having fun. You simply revealed yourself to be a close minded hate-filled bigot, who brought Ram into this. You really need to understand that we are who we are, and if Kunal chooses to wear clothes that he likes, then who are you to stand in his way. Duniya badal raha hai and you need to get with the times. And you owe your aunt an apology. She wasn’t doing anything other than allowing Kunal and Sheena to be happy. Un ke liye janaat intezar kar raha hai, while for you, the bhoots of narak are just waiting.