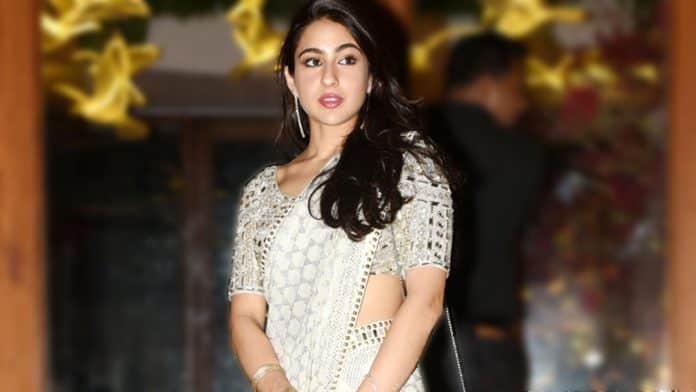 Reading Time: 4 minutesAll in the family
Hello Auntyji. I just saw Kedarnath and thought Sara Ali Khan was quite good for a newcomer. But I can’t help feeling she got lucky because of the gene pool from which she comes. Recently, you will have read all the Bollywood news about nepotism – that so-and-so got into a movie because his or her father or mother was a star. This just means that other people don’t get a chance and the celebrities control all the good roles and who gets to be in films. This makes me so angry because this is exactly what the problem is with our society. People get all the opportunities because of who they know and others who have more talent or who are working harder don’t get a fair chance. I think this is a major problem and I am totally against nepotism in Bollywood. What do you have to say on this issue?

Auntyji says
Well, well, well. Here is an interesting topic and I definitely have a view on this. Now Bollywood is a special place. We can all agree that nepotism is everywhere, but it’s in Bollywood that this gets played out and decided most fairly – much like the Catholic church of yore from which the term originates. I have two things to say about nepotism in Bollywood. First, star children will always get their first break because of who they are. So yes, Alia Bhatt, Abhishek Bachchan, Sara Ali Khan, Saif Ali Khan, Jahnvi Kapoor – all got breaks because of their family name. And no doubt so will Aryan Khan, Suhana Khan, Ananya Pandey, Khushi Kapoor, even Taimur Ali Khan and Roohi and Yash Johar, all of who are waiting in the wings (im)patiently. However, guess who decides whether these stars/wannabe stars are worthy of the considerable burden of being a celebrity? The junta. You and me. It’s true that these kids got their first breaks because of whose kid they were, but if the junta feels they don’t have the talent – then the junta stops seeing their films. Just ask Twinkle Khanna. Or Esha Deol. Or Mimoh Chakraborty. And others who came and went with hardly a bang. My second point is that everyone’s success is based on kismet. If it’s written, it will happen. If it’s not meant to be, then it won’t happen. People survive in Bollywood because of their destiny (just look at the talentless Katrina Kaif) or because they are talented and destiny took them to Bollywood (just look at Kangana Ranaut). So don’t worry about nepotism – because at the end of the day, everything equalises.
Bargain price
A friend and I went shopping at a store in the Strand Arcade in Sydney which sells antique and vintage jewelry. I was looking at some items and when we left 30 minutes later, I realised my friend had bought a beautiful coral bracelet. It was so stunning main to dekti rahe gayi. Sanjana seemed very pleased with her purchase and when I asked her why she said that she had admired this bracelet for over a year, but it was $3000. The owner of the shop was on holidays, and her staff weren’t aware of the value of the bracelet, so had sold it to my friend for $300 only. Hamari rai me, Sanjana ne najais faida uthaya ye salespeople ke ignorance ka. Ab two weeks later, I wonder if she had done the right thing. Mai kya karoon Auntyji, Sanjana meri saheli hai, mai usse kya kahoon. And what should I even be thinking about this event?

Auntyji says
Oh my goodness. Your friend, your kaali saheli is a paapi darinda, a chorni. She bought something that she knew was more expensive and she took advantage of the salespeople’s ignorance. That is essentially chori – and your girlfriend will pay for it one way or another.
I mean, who thinks like this? Who comes to Australia and lives here for 30 years and then engages in this level as of fraud and deception? Please tell me that Sanjana does not work in a bank, because if she does, first, I would not be surprised, but second, I can prepare to see a news article any day.
Now, about Sanjana’s kaale kartoot. What else is she deceptive about? Does she steal money from the fountain at Hyde Park? Does she take chocolates from the primary school fundraisers without paying for this? Does she use public transport without a valid pass?
So just so we are clear, you should be upset about what your friend did, which is essentially theft. She took something without paying the right price for it, so it is deception.
Should you have a conversation with your friend? Well, if you are going to be judged by the company you keep, then yes, you should have a chat. Otherwise, you can just dump her because sooner or later, I am sure your friend will convince you to become a thug just like her. Is that what you want to be, a chorni?