Ask Auntiji: Beauty and the beholder and more 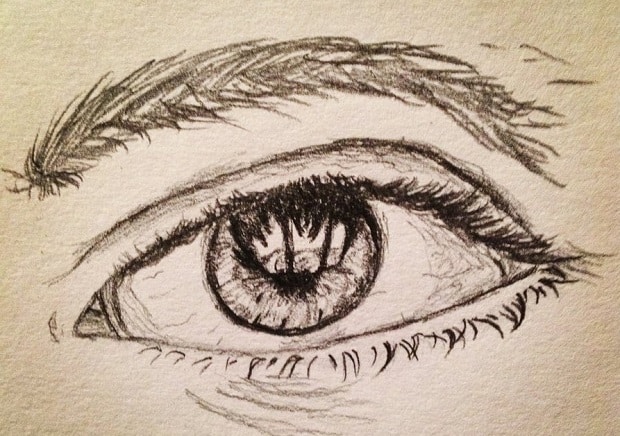 Beauty and the beholder
Dear Auntyji
I have an eight year old daughter who is the spitting image of her aunt, on her father’s side. Now this aunt, was and still is, the great family beauty. She is so beautiful with her russet hair, pale grey eyes, high cheekbones and wheatish complexion that multiple producers in Bollywood wanted her to act in their films in the 80s. Of course, being a Rajput, she would have none of that. None the less, Sheena is so lovely to look at that I have even seen children stop and stare at her and babies often just look at her as she walks by. The kids and babies don’t communicate with Sheena, but they just stare at her face. My husband, me and a number of other family members call it the ‘Sheena Effect’.  Sheena is a nice enough lady Auntyji, but recently her behaviour concerns me. My little daughter is looking more and more like Sheena each day. Whenever Sheena comes to visit she is friendly with me, but when Ataansha comes into the room to greet her lovely aunty, Sheena just clams up and simply stares at the poor child, and does not say much. I don’t know what Sheena thinks when she looks at Ataansha – but I know exactly what Ataansha thinks. Once her aunt has left, Ataansha asks me why her aunt does not speak to her, and only stares at her. Ataansha thinks that Sheena does not like her and I wish I knew how to address this issue, Auntyji. Is there any way you could guide me?

Auntyji says
Oh, the mysteries of human behaviour! How to tell what is going in inside someone’s head? Well, the only way to deal with this problem is by addressing it head-on. Tell Sheena what Ataansha told you, and say that Ataansha thinks that Aunty Sheena does not like her. Of course, this is the quickest, most efficient way to deal with this problem, but it may not have the desired effect. Sheena could be offended or upset – who knows? People that beautiful who have had a lifetime of being objectified because of their looks, might have a distorted version of reality. Your alternative is quite simple. Tell Ataansha that when Aunty Sheena was little like her, she looked just like her. So when Aunty Sheena sees little Ataansha, she remembers her childhood and starts thinking about the times when when she was a girl. Ataansha should be happy that Aunty Sheena thinks of her childhood when she looks at your little girl. You know, it could be quite possible that the Sheena Effect is happening in reverse here – Sheena has finally seen in her niece what everyone else sees in her. So naturally, Sheena is only doing what babies and kids have been doing to her. Sheena deserves to gaze upon something so beautiful too. So I say you should be delighted by all this, and only look at the positive side of things.  No point pondering whether Sheena is now contemplating her diminishing youth and is being confronted by it in the form of Ataansha, and there is certainly no reason to think that Sheena could be pitying the little mite – who now has a lifetime of people judging her because of her good looks and probably giving her unwanted attention as a result of it. Your problem in life is to now raise a child who is astonishingly beautiful without making this the most important thing about her. You need to teach Ataansha that being a good human being, being smart, helping others, being kind, polite and loving is so much more important than being beautiful. But don’t downplay her looks – tell her she is indeed lovely, but that’s one part of her. And as for Sheena, be grateful for her – she is giving you a living example of what your daughter is going to be like as she grows older. By the way, send me a picture of Ataansha nah, mei bhi dekhna chahaati hoon tumhhari choti si apsara ko.

Matrimonial machinations
Dear Auntyji
I am a 34 year old professional woman with two post-graduate degrees and a very well paying job in a bank in Sydney. But regardless of my achievements at work, each time there is a gathering, the only question everyone has for me is when I intend to get married, especially seeing that I am not getting any younger. Because I dislike the hypocrisies of my large Indian family who prize familyhood above all else, over the last 12 months, I have resorted to making up all sorts of lies to amuse myself. I spread a rumour that I had married an Australian in secret and my parents didn’t know, then I said I got divorced, then I said I married a Muslim and had converted, then I said I was getting married the following month and no, it was a small wedding only, so no one was invited. So these lies have amused me for 12 months, but the questions are relentless and I am compared to my twin cousins Disha and Nisha who got married at 23, produced bouncing bubs and are living a life of mediocrity somewhere in Brisbane. Can you please tell me what my recourse is here? Note that I have nothing against marriage, but I have not found the right man yet. Can you please provide a suggestion for a practical person like myself?

Auntyji says
Oh, nothing is more irritating than smug relatives eager to get you married, so that you too could experience the perpetual unhappiness that they live through each day of their ordinary lives. My solution to you is simple, and seeing that you are a bit of a prankster, I am sure you will anticipate the delicious reward of it all. So the next time you have a big gathering, and everyone is sitting around discussing the price of onions, the corruption in Bihar (as though it’s something new), Kareena’s latest film, what so-and-so got up to, invariably, someone will make the mistake of mentioning your marriage. At this stage, you must summon all your theatrical muster and look at this person with the saddest look upon your poor unmarried visage, and slowly but surely, have one or two mote mote ansoo trickle from your cow eyes and then start sobbing, softly at first but then in deep, racking and hacking sobs. Of course, you will have the attention of the entire room, and the ignoramus who had the temerity to ask you the question will be forced to explain what they just did. So then you run into the bathroom and come out after an hour, preferably with red eyes and a pitiful countenance. Of course, another relative who was not present at this tamasha and did not have the good fortune to have this latest gossip imparted to them, will no doubt ask the same question at another gathering a few weeks later, and again, you must do an encore performance. I guarantee you that after three repeat performances, you will not ever be asked this question again! Everyone will know that someone most zaleel must have broken your poor heart, and any talk of shaadi brings you to tears. There’s your solution, right there! No one will bother you after this. Unless of course, you meet the right man, at which stage you can shout from the rooftops and balconies that you are in love. Remember this final tip, you might want to practise in front of the mirror before you undertake the crying game. You don’t want ancient Pushpa nani, who has been around so long that she has seen everything and probably even the birth of the universe she is that ancient, to see through your natak. Good luck!