India’s ‘worst water crisis’ is Pakistan’s too. But whether the two nations will deal with the climate change together is yet to be seen 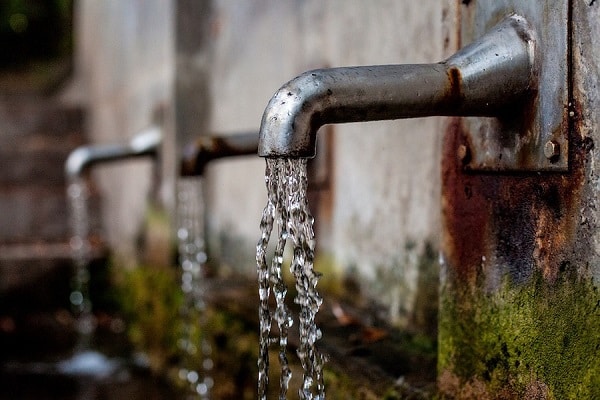 Reading Time: 3 minutesNews of crippling water shortage across Indian states has been doing the rounds for a few weeks now. Several media organisations are calling it the “worst water crisis in the history of the nation”. Following the June report from leading Indian think-tank NITI Aayog, Pakistan senate opposition leader, Sherry Rehman urged Pakistan and India to work together to address climate change.
The report however, which warned that 600 million Indian citizens face high to extreme water stress, didn’t have data on J&K, the state that the Indus River flows through before reaching Pakistan.

But drought warnings have been issued in Pakistan too. Pakistani mango harvests in the south-eastern Sindh province have been damaged by the country’s worst drought in 25 years.
Global warming is expected to cause a rise in sea levels and melt the Himalayan glaciers at a faster than normal rate. These effects are predicted to create more frequent and severe flooding. Climate change is also likely to result in less rainfall in India and Pakistan. Such a result would be disastrous, particularly as the summer rain makes up 90 per cent of India’s total water supply. For the Indus River, increased flash flooding and warmer temperatures mean that the effects of climate change will increase tensions between the riparian countries, India and Pakistan.
The Indus River basin spans a total area of 1.12 million square kilometres. About 47 per cent of the basin lies within Pakistan, 39 per cent in India, with the remainder distributed between China and Afghanistan. Thanks to population growth, development pressures and climate-related challenges, the aquifers beneath the Indus River basin are some of the most stressed in the world. As Rehman has noted, unless India and Pakistan decide to agree and co-operate, climate-related issues are likely to become a major security threat to millions of people in the two countries.
The Indus Waters Treaty (IWT), which came into effect in 1960, was accepted by India and Pakistan as a tool to manage the shared waters of the Indus River basin. Despite the ever-present tensions existing between India and Pakistan, the IWT has been praised for its ability to withstand numerous hostilities between them.

As a mechanism for addressing future climate-related issues, however, the IWT has limited use. There is currently no provision in the agreement that provides a framework for addressing the effects of climate change. Since the time that it was enacted, there has been little amendment to the agreement. Given that it took nine years for both countries to agree to implement the initial IWT, the task of re-negotiating any of its terms is likely to be difficult.
While Rehman’s call to action should be praised for its forward-thinking and responsible approach to climate change, it is unlikely that Pakistan and India will engage in any meaningful climate co-operation in the near future. The success of the IWT has been an exception to the traditionally hostile relationship between the two countries. India and Pakistan are also currently engaged in arbitration with the World Bank over the construction of two hydroelectric power plants being built by India.
Action to mitigate the effects of climate change is needed to ensure future food and water security for both countries, but the prospects of successful co-operation between Pakistan and India remain bleak.
*Written by Madeleine Lovelle, Research Analyst, Global Food and Water Crises Research Programme, published by Future Directions International Pty Ltd.