Online transactions on the rise, but cash is still king

Almost a year down the line, is PM Narendra Modi's dream of making India a cash-less or less-cash country becoming a reality? 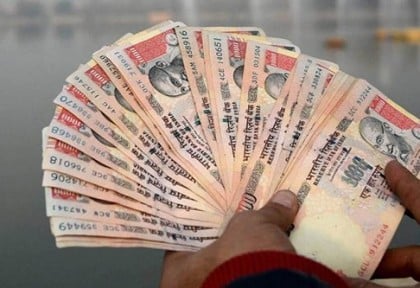 Reading Time: 3 minutesAlmost a year down the line, is Prime Minister Narendra Modi’s dream of making India a cash-less or less-cash country becoming a reality?
Industry stakeholders feel that though the note-ban drive by the government gave the necessary impetus to citizens to start adopting online payment platforms, a lot needs to be done by both the government and the industry to make it a success.
The adoption rate of online platforms was high during the demonetisation period, but it plateaued out as soon as cash became available in the system.
When the Modi government banned high denomination notes of Rs 500 and Rs 1,000 notes on 8 November last year, removing an overwhelming amount of cash from the economy, people had to willy-nilly fall back on plastic or online transactions.
“The fact that 86 per cent of the cash available in the system was sucked out overnight gave an immediate boost to online/mobile payment platforms. There was a push-up factor,” Vishwas Patel, co-chair, Payments Council of India (PCI) and founder and CEO of CC Avenues, told IANS.
But once cash was back in circulation, those who earlier dealt mostly in cash went back to doing so, he said.
The PCI was formed under the aegis of Internet and Mobile Association of India in 2013 to cater to the needs of the digital payment industry.
He said during November, December 2016 and January 2017, online transactions were at their peak. In October 2016, debit card transactions stood at Rs 21,941 crore and those of credit cards at Rs 29,942 crore. Post-demonetisation, in December 2016, debit card transactions jumped to Rs 58,000 crore and those of credit card were at Rs 31,150 crore.
However, in August 2017, 10 months after the note ban, debit and credit card transaction stood at Rs 36,000 crore each, having come down substantially from the heights they achieved, but not falling back to the pre-demonetisation lows.
Patel said that after the cash flow in the system eased, small kirana shops stopped transacting through online payment channels, primarily because they did not want to take a tax number or a Goods and Services Tax number. “They do not have the wherewithal to pay taxes,” he said, adding that the “government needs to incentivise merchants, otherwise small and medium enterprises are going to go back to cash mode.”
Patel said security and trust in payment systems was something all stakeholders need to work on together. “As an industry body, we are preparing a National Negative Database of consumers and merchants so that we can reduce fraud and build trust in the eyes of consumers,” he added.
The database details would be circulated amongst payment gateway service providers, banks and card companies. “We are also working on a trust certificate that can be displayed by all merchants on their websites,” Patel added.
Vineet Singh, Chief Business Officer at Mobikwik, a payment app, said demonetisation had become a force multiplier. “It has pushed India a decade ahead towards the agenda of adopting online payment platforms. Naturally, things cooled down a bit post-demonetisation,” Singh told IANS.
Mobikwik had 3-3.5 crore users in the pre-demonetisation days and a year after note ban it has 6.5 crore. The company also witnessed a sharp rise in transactions from one million to three million within a year.
“Online payment companies in the last one year have increased their base significantly. They are experiencing healthy month-on-month growth and the adoption of online payment platforms was across all age groups,” Singh said, adding that “now everybody takes online payment seriously, which will provide a secular road towards a cash-less society.”
Vivek Belgavi, Leader, Fintech at PricewaterhouseCoopers, too said that, after cash returned to the system, people started transacting more in notes, but there was an uptick in digital transactions.
“Digital transactions have grown. But the key thing is that a lot of stepping stones for future adoption have been laid down — like the BHIM (Bharat Interface for Money) app by the government. Demonetisation was the shock that forced people to move to online channels,” he said.
Belgavi said the government should give more importance to low-cost infrastructure like availability of point-of-sales machines. “Industry should offer citizens the whole ecosystem of digital transactions. They should be offered an experience that is better than cash transactions,” he added.
Dewang Neralla, MD and CEO, Atom Technologies, told IANS their online payment processing volumes had grown three times since demonetisation.
“By March 2017, our transactions had doubled and with almost 11 months gone by we still see a healthy growth of around 20 per cent on a month-on-month basis. Today we process payments of about Rs 6,800 crore per month across more than 100,000 merchants. We expect this figure to grow at least three times in the next three years.”
Online transactions are bound to grow over a period of time, but in a country which overwhelmingly ran on cash, it may be difficult to do a quick digitisation.
By Aparajita Gupta/ IANS