We need to return to Gandhian art of dialogue

Gandhi kept the dialogue with different factions at a high moral level and we need to follow in his footsteps, writes ANIL RAJVANSHI. 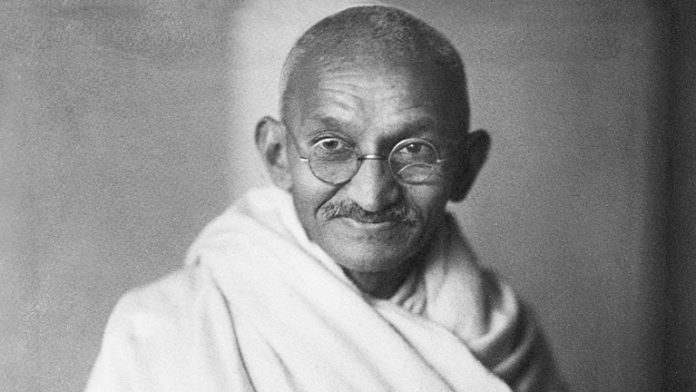 The nation will, on January 30, observe Mahatma Gandhi’s death anniversary.

We should remember that the greatest apostle of peace lost his life in trying to bring different groups together. All his life, Gandhi tried to bring people of different communities together because he believed in inclusive growth and development; something that was possible only when everybody worked for the common good.

Why have we lost this art of dialogue and the ability of taking all the people together? Gandhi’s example holds the mirror to present leadership.

Remembering Bapu on his Punya Tithi. We reiterate our commitment to follow the path shown by him and abide by the values he stood for.

During the freedom struggle, there was a diversity of opinions and paths on how to get independence. There were militant elements led by Bal Gangadhar Tilak, Bipin Chandra Pal, and Lala Lajpat Rai; then there were the divisions created by the British between Hindus, Muslims, scheduled class and others; together with this were fringe elements of the RSS and finally, there was the direct attack by Subhash Chandra Bose.

Yet, Gandhi never gave up the path of dialogue and always explained in great detail the reasons for taking a particular path and his actions. He gave a spiritual tone to the freedom struggle and generally kept the dialogue with different factions at a high moral level.

Gandhi gave Indians confidence in themselves; that they were equal to the British and showed that we can defeat the greatest power of the world through peaceful means.

The economic situation during the freedom struggle was really grim. Yet Gandhi’s higher calling brought the people together and gave them a sense of doing something wonderful with their lives and achieving the impossible. Thus, the richest industrialists like Tata, Birla, Bajaj, etc. took very active part in the freedom struggle.

Today the situation is different. We are economically well-off and increased exposure through mass media and internet has resulted in raising the aspirations of our population manifold.

With problems of not achieving the aspirations of the huge population, there are daily struggles in their lives which bring in frustrations. When conditions are created by political parties to instigate them and appeal to their baser instincts, as happens daily, it provides a spark to make any situation explosive. The general strife that we see and read about daily is the result of these frustrations.

In a pluralistic society like India, with 26 different languages, many cultures and religions and a huge population, divergent issues exist in every walk of life. It is all the more necessary that the political leadership should diffuse these issues and inspire and unite us to fight poverty, blind faith and general ignorance rather than each other.

It has been shown the world over that human beings react very positively to the call for a higher purpose in life and with proper dialogue, they are capable of making sincere and honest decisions. This is how Gandhi inspired the freedom movement.

What is, therefore, needed at this juncture is that a good political leadership provides a balm to the frayed nerves by showing the path where every section of the society can take part in nation building.

However, when the whole purpose of present political parties is to win the next election and remain in power rather than taking the nation on the path of general development and well-being of its population, then it is difficult for them to provide leadership and the Gandhian balm.

So, like the Gandhian way, what we need is that each of us becomes the agent of change. We can do it by working to our best capability and in doing our work honestly. This single thing can throw up good leaders and help in creating a great and prosperous country.

All of us are part of this great country. We are born and raised in India and may have different points of view or religions or ways of life but all of us want to live in a holistic, emotionally satisfying and economically viable India.

That was Gandhi’s dream. So, let us all remember him and try to follow his path of taking everybody together and his appeal to higher emotions in all of us so that we show love and peace for our fellow countrymen.

Anil Rajvanshi is the Director, Nimbkar Agricultural Research Institute at Phaltan in Maharashtra. He writes on a range of social and philosophical issues.

READ ALSO: Gandhi’s Delhi: where to discover more about Gandhiji in the capital