A Lord gives back to rural Punjab through education 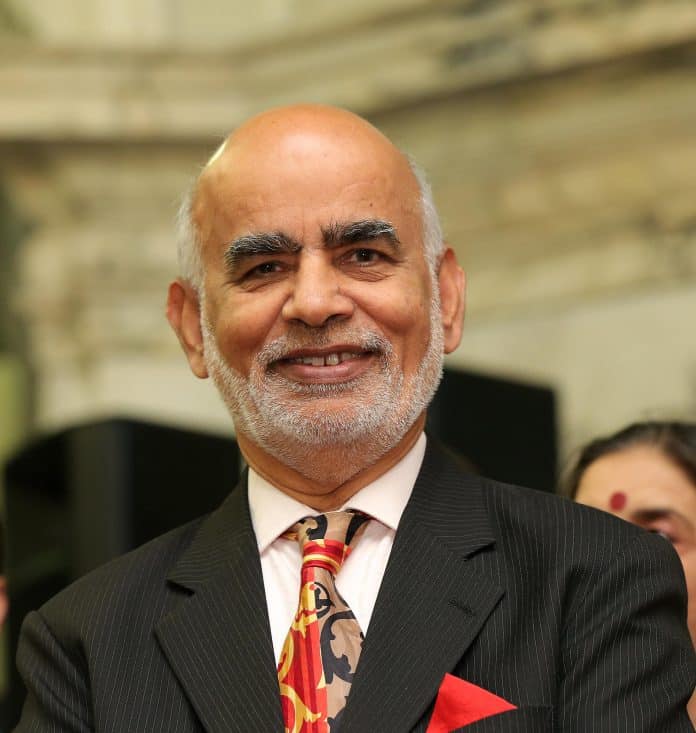 Reading Time: 3 minutesHe may have built a fortune and become a member of the British House of Lords but when it comes to love for the motherland, he is a deeply rooted person.
Lord Diljit Rana, one of the UK’s top businessmen, has set up educational institutions in Punjab’s rural belt to bring quality education to students in remote villages of the agrarian state.


The Cordia Education Complex, which is located right next to the Harappan excavation site at Sanghol village, around 40 km from Chandigarh, in Punjab’s Fatehgarh Sahib district, has been set up by Rana with the aim of bringing quality education to a backward and rural belt of Punjab.
“I decided to bring quality education in Punjab’s rural belt as the majority of the students from the villages did not have the means to go and pursue higher studies. Our first college started functioning in 2005. We now have six colleges, offering graduate and post-graduate courses,” Rana told IANS in an interview at the complex.
The Lord Rana Edu-City is spread over 27 acres and offers courses in business management, hospitality and tourism management, agriculture, education, vocational training and skill development.
“I chose Sanghol to set up the educational institutions as my mother, Jwala Devi, was from here. The project involves lot of commitment, time and funding. The students coming here are mostly from government schools in rural areas. It is a challenge to educate them,” Rana said.

Rana, originally from Punjab, left India in 1955 for England “without any intention to settle abroad”. Starting from scratch in Belfast in Northern Ireland, Rana worked hard to build a 60-million pounds business empire dealing in restaurants, hotels and trading.
However, even though he launched the education project in rural Punjab as a noble initiative, Rana rues the fact that he had to face red tape and bureaucratic hurdles.
Rana says the minimum requirement of 35 acres of land for setting up a university campus was coming in the way.
“Planning laws are outdated here. There are many universities across the world which have much less land. They are world famous universities. Things need to change here,” Rana pointed out.

“Grants worth nearly Rs 2 crore, meant for Scheduled Caste and Scheduled Tribe students, which the Punjab government had to reimburse, have been pending for over two-and-a-half-years, resulting in a cash-flow problem for us,” he stated.
He said that finding quality faculty to teach in rural areas was also a hard task.
“I visit India every 3-4 months to ensure that the project runs smoothly,” he said.
Rana, who himself comes from a refugee family from Lyallpur (now in Pakistan) that saw India’s partition in 1947, said that his family was “possession-less” when they first arrived in Indian Punjab.

Despite over 25 bombings at some of his establishments during the sectarian violence in Northern Ireland in the 1980s, Rana remained resilient and steadfast to the trouble-torn region and ended up as a successful and highly respected businessman in the United Kingdom. He even facilitated peace initiatives in Northern Ireland and the British government recognised his services
Appointed Honorary Consul General of India in Northern Ireland, Rana is also the president of the Global Organisation of People of Indian Origin.
IANS
- Advertisement -
Share
WhatsApp
Facebook
Twitter
Linkedin
Previous articleIndian Army contingent in UN South Sudan force awarded
Next articleTrump's treatment of migrants crime against humanity: Indian-origin Senator