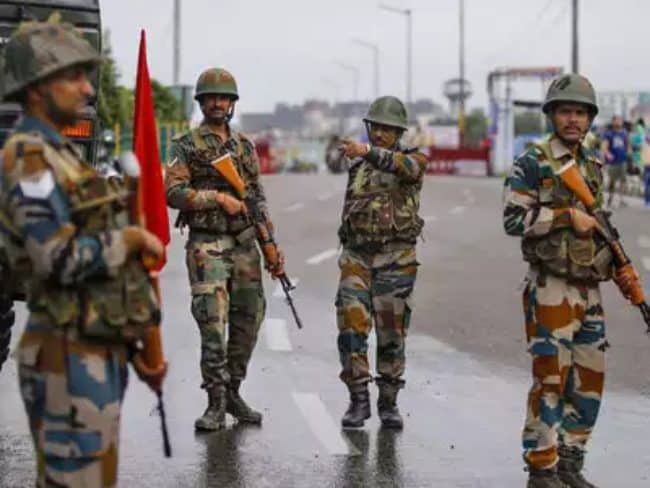 Reading Time: 2 minutesRestrictions have been imposed across the Kashmir Valley from early Monday.
“Government has imposed restrictions under section 144 CrPC in District Srinagar with effect from 1200 Hrs on 5th August 2019 which shall remain in force till further orders.

“As per the order, there shall be no movement of public and all educational institutions shall also remain closed. There will be a complete bar on holding any kind of public meetings or rallies during the period of operation of this order. Identity cards of essential services officials will be treated as movement passes wherever required.
“However, there is no curfew in place as reported in a section of media,” an official statement said.
Heavy deployments of local police, along with contingents of paramilitary forces, will fan out so that they are in place when the loudspeaker-mounted police vehicles make the announcement early morning.
All universities in the Valley have ordered the cancellation of classwork and exams scheduled on Monday without announcing any future dates for the same.
Mobile internet facility was snapped across the state and sources said that even call facility on cell phones is likely to be cut soon, adding that this was being done to prevent anti-social elements from spreading rumours.
All police stations, district and sector magistrates deputed on law and order duties have been provided satellite phones to maintain official communications.
All available indications suggest the locals have already stocked enough rations, medicines and other essentials to survive any eventuality even if this means remaining indoors for long.

All top officers of state police, paramilitary forces, and intelligence agencies are supervising the situation to ensure that there is no major law and order problem if any major decision is announced in New Delhi that would alter the constitutional relationship of the state with the rest of the country.
Meanwhile, District Magistrates across the Valley, worried about an uncontrolled rush of buyers at petrol pumps imposed restrictions on sales on Sunday.
IANS