The move would allow them to perform procedures like skin grafting and cataract surgery. 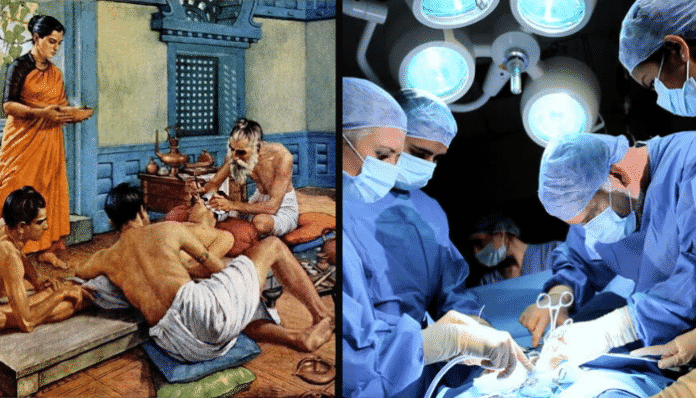 The Indian Medical Association (IMA) has strongly condemned the recent move by the Central government which will allow post-graduate scholars of Ayurveda to formally practice general surgery, including ortho and dentistry.

The IMA stated that it saw this move as a retrograde step of mixing the systems which, it said, will be resisted at all costs.

“All over India, students and practitioners of modern medicine are agitated over this violation of mutual identity and respect,” the IMA said.

It also urged the Central Council of Indian Medicine (CCIM), which regulates the medical study and practice of Ayurveda in the country, to develop its own surgical disciplines from its own ancient texts and not claim the surgical disciplines of modern medicine as its own.

“We unequivocally condemn the uncivil ways of the Central Council of Indian Medicine to arrogate itself to vivisect modern medicine and empower its practitioners with undeserving areas of practice. The said council has come out with a gazette notification of a list of surgical procedures which can be performed by its practitioners. They have no right to the technical terms, techniques and procedures of modern medicine. IMA draws the ‘Lakshman Rekha’ which they can cross at their peril,” the IMA said.

In a gazette notification dated 20 November, the CCIM amended the Indian Medicine Central Council Regulations, 2016 to introduce formal training and practice of surgeries to the PG students of Ayurveda.

The students would receive training in ‘shalya’ (general surgery) and ‘shalakya’ (diseases of ear, nose, throat, eye, head, oro-dentistry) specialisations. It will make them legally valid to perform procedures such as skin grafting, cataract surgery and root canal treatment.

“What is the sanctity of the NEET if such lateral shortcuts are devised? IMA demands to withdraw the order and first delineate the Indian Medicine disciplines based on original Indian Medicine texts. The CCIM has the dubious reputation of prescribing modern medicine text books to its students. IMA exhorts the CCIM to develop its own surgical disciplines from its own ancient texts and not claim the surgical disciplines of modern medicine as its own. Such a deviant practice is unbecoming of a statutory body,” the IMA added.

The IMA also has asked its members and the medical fraternity not to teach disciplines of modern medicine to the students of other systems.

The latest move by the Centre is an addition to the host of decisions taken amid the Covid-19 pandemic, which shows an impending paradigm shift in healthcare from modern medicine to the traditional form.

Annulling the Medical Council of India to form National Medical Commission and introducing Commission for Allied and Healthcare Professions Bill, 2020, which allows assorted paramedics to practice medicine independently, are a few of the decisions which have put the modern medicine practitioners in deep concern regarding the future of healthcare.

The IMA has been openly opposing such policy moves by the Centre, especially the plan to mix modern medicine with the traditional systems of Ayurveda, Yoga and Naturopathy, Unani, Siddha, and Homoeopathy (AYUSH), in coming years, as envisaged by the Centre.

Rajan Sharma, President, IMA, had earlier stated that an integrative system of medicine would create a “khichdi medical system” and would produce hybrid doctors.

READ MORE: Almost 200 doctors have succumbed to COVID-19 in India