The Battalion was awarded for carrying out numerous operational tasks with utmost professionalism and dedication to the UN mandate. 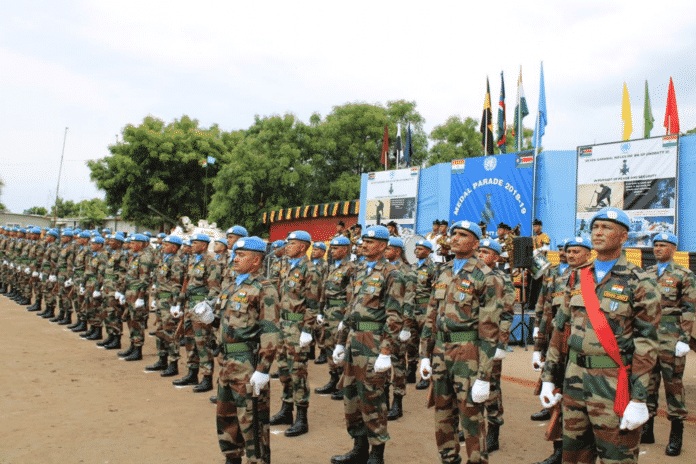 Reading Time: 2 minutesThe Indian Army on Friday said that the 7 Garhwal Rifles Infantry Battalion Group, which is part of the UN peacekeeping force in South Sudan, was awarded the United Nations Medal for “selfless service”.
“The ceremony, held on Thursday, was attended by a number of military and civil dignitaries, including Brig Gen Mohammed Al Masoom, Commander United Nations Mission in South Sudan (UNMISS), and a host of senior commanders of various nationalities,” an army statement said.


The parade was reviewed by UNMISS Deputy Force Commander, Maj General Bayarsaikhan Dashdondog, it said.
The two-hour ceremony saw immaculate drill parade by the Indian contingent led by Major Aman Lamba.
In his message on the occasion, Dashdondog complimented the Indian Battalion for carrying out numerous operational tasks with utmost “professionalism and dedication” to the UN mandate.

He further emphasised the legacy of supreme service and sacrifice by the Indian Peacekeepers under the UN flag.
“Indian Battalion has played an active and decisive role in ensuring peace and stability in Jonglei State. I congratulate each member of the contingent for being awarded with the UN peacekeeping medal for his service,” Masoom said in his remarks.
IANS
- Advertisement -
Share
WhatsApp
Facebook
Twitter
Linkedin
Previous articleAsk Auntyji: Packing on the pounds and fending off felines
Next articleA Lord gives back to rural Punjab through education