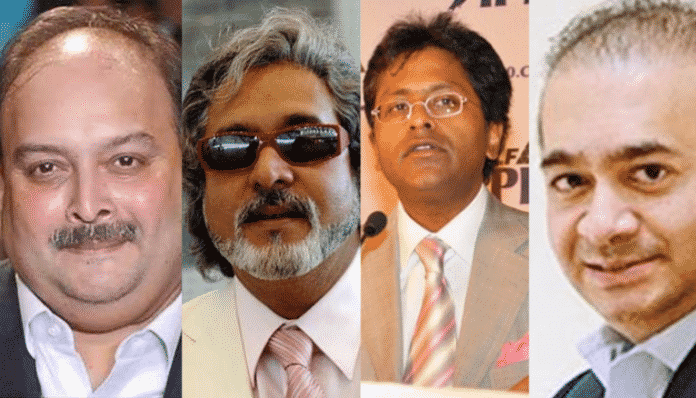 In a candid admission, the Centre has stated that of the 72 absconding economic offenders, the government has managed to bring in only two in the past nearly six years, as per a reply under the Right To Information (RTI).

In February 2020, the Minister of State for Finance S.P. Shukla informed the Lok Sabha that a total of 72 Indians charged with frauds or financial irregularities are currently abroad and efforts are being made to bring them back to the country.

Mumbai RTI activist Jeetendra Ghadge, referring to a government announcement in 2019 of 27 businessmen with economic offences, filed an application with the Ministry of External Affairs (MEA) seeking an update.

“I was shocked to learn that till date only 2 of the fugitives have been brought back to India to face the laws… They are Vinay Mittal and Sunny Kalra. The RTI reply doesn’t comment on the other absconders, many of whom are very big names,” Ghadge said.

Minister of State for Finance S.P. Shukla further said that the government is making an all-out effort to bring back the culprits by Look Out Circular, Red Corner Notice, extradition requests or action under the Fugitive Economic Offenders Act, 2018, depending on the cases.

The government said the extradition option is quite complicated as it involves the legal process as per bilateral treaties, if any, with the concerned country and its own domestic laws, even as the number of fugitives tripled in a year.

Both the offenders Sunny Kalra and Vinay Mittal were finally brought back to face various charges of allegedly duping public and private sector banks of huge amounts.

Mittal, extradited from Indonesia in 2018, is accused of defrauding 7 banks to the tune of around Rs 40 crore, while Sunny Kalra brought back by CBI in March 2020 is charged with a Rs 10-crore loan fraud involving Punjab National Bank (PNB).

Ghadge said that his other two RTI queries pertaining to the Look Out Circular and Red Corner Notice against the absconders, was forwarded to the CBI and Ministry of Home Affairs who flatly declined to enlighten on the issue, prompting a First Appeal which is pending.

As per an earlier statement in Lok Sabha in March 2018, the government had said that 31 economic offenders had fled abroad, and many of them also figured in the list provided a year later in 2019.