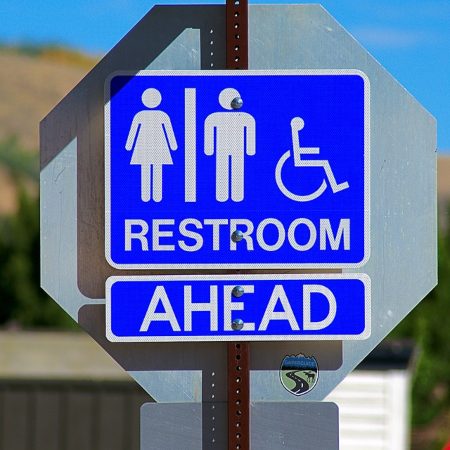 Reading Time: 2 minutesIf you thought startups are all about technology, IITians are out to redefine that, smash taboos and create awareness around issues, like female hygiene.

One of such efforts is a startup named Sanfe. Set up about a year ago by Archit Agarwal and Harry Sehrawat, both students of IIT-Delhi, it has touched the Rs 1 crore revenue mark as per their claims.
On a trip to the mountains, one of their female friends contracted urinary tract infection after using a dirty public washroom. It pushed them on the path of thinking and they realised over 50 per cent of Indian women face this kind of problem.


They decided to develop a device, which could be affordable and also easy to use. And thus came the ‘Stand and pee’. Priced at Rs 10 a piece, the device has registered good online sales.
They also developed special oil for women to get relief from period pain. According to them, relief roll-on helps in immediate and long-lasting relaxation from period pain.
“The initial plan was to create a product to help women avoid dirty public washrooms. Later, we realised that there are a lot of things that must be done to improve the state of female hygiene in India,” Sehrawat told IANS.
Recycle, reuse.
Another product that has been trying to bring a change in the society is an affordable device, developed by two students of IIT-Bombay and IIT-Goa. It helps clean reusable sanitary pads.

Devyani Maladkar (IIT-Goa) and Aishwarya Agarwal (IIT-Bombay) set up Cleanse Right to address the growing threat of menstrual waste to the environment and public health. They invented an inexpensive and affordable device to clean reusable sanitary pads. It costs around Rs 1,500.
“The machine has been designed in such a way that it rubs the cotton sanitary pads clean like human hands in a hygienic manner,” Aishwarya told IANS.
Both Sanfe and Cleanse Right are in the process of getting their inventions patented. However, while Sanfe has already hit the market with its products, the invention by Aishwarya and Devyani will have to wait for 2-3 years to be available commercially.
IANS
- Advertisement -
Share
WhatsApp
Facebook
Twitter
Linkedin
Previous articleChanges to the state of Jammu & Kashmir post Article 370
Next articleBhangra, Bollywood, Bharatnatyam: When a love of dance took over