Girish Karnad: A look back at the life of the legendary playwright and actor 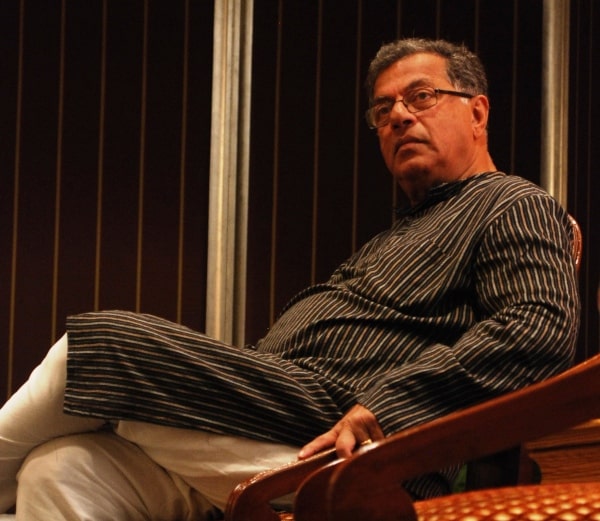 For 1980s’ Indian kids, who tasted TV time with Malgudi Days, Girish Karnad’s portrayal as Swami’s stern father has remained an indelible memory. Equally impactful for many generations are his plays with historical and mythical elements, films reflecting the India’s social sentiments, and political activism – all of which reflected a fearlessness and candour so rare in Indian showbiz.

An expressive conversationalist and liberal who believed in the true spirit of secularism, he was a colossus in India’s cultural landscape.
“A man must commit a crime at least once in his lifetime. Only then will his virtue be recognised,” Karnad has been famously quoted by his fans as well as his detractors.
He wore multiple hats as a playwright, screenwriter, director and actor, all so versatile. His off-screen persona, as the film and theatre fraternity describes, was extremely humble, helpful, caring, encouraging and inspirational.
Rich tributes came in from top political leaders, theatre veterans and film celebrities across the nation on Monday as Karnad breathed his last in Bengaluru.

A Jnanpith winner and a recipient of the Padma Shri and the Padma Bhushan, apart from multiple National Film Awards and a Sahitya Akademi honour, Karnad was born on May 19, 1938 in Matheran. He graduated from the Karnatak University, and was a Rhodes Scholar at the University of Oxford, where he studied philosophy, politics and economics.
Yayati, in 1961, marked his first tryst with theatre, and established his ability to create dramatic experiences.
His work in the world of theatre was seeped in historical and cultural stories, but told with a touch of modernism, which made them conducive for translations in English and other languages that took them to a wider audience.
He went on to the historical Tughlaq, followed by Agni Mattu Male, Hayavadana, Nagamandala and Taledanda, emerging as one of Kannada literature’s foremost playwrights.
Tughlaq is one of the gems, which theatre aficionados of the 1970s would remember for being showcased in the precincts of Old Fort in the capital city. The play, directed by Ebrahim Alkazi – the doyen of Indian theatre – got embedded with the city’s cultural life.
As for his films, the National Film Archive of India (NFAI) rightly captured how Karnad’s movies brought “ruralism, history and mythical pathos with contemporary themes”. But in a career spanning six decades, he also featured in a stream of commercial potboilers like Ek Tha Tiger and Tiger Zinda Hai in recent times.
With his maiden film Samskara (1970), which he wrote and acted in, about India’s caste system, Karnad set the tone of his creative expression – bold and fearless, and he continued that streak in a stream of Kannada, Hindi and Marathi films.
He also featured in Hindi movies Manthan, Nishant, Pukar, Iqbal and Dor.
His frequent collaborators, director Shyam Benegal and actress Shabana Azmi, were both too emotional to talk about the sudden demise of Karnad, but the film fraternity at large was generous in praising not just his talent but his benevolence too.
Shekhar Suman recounted how Karnad had given him a chance to play the lead in the erotic drama Utsav, while Tisca Chopra shared how she got Karnad’s help in getting rented accommodation when she first moved to Mumbai.
Karnad also held important positions at top institutes. He served as director of the state-run Film and Television Institute of India (1974-1975) in Pune and was Chairman of Sangeet Natak Akademi and National Academy of the Performing Arts (1988-93).
Actor Satish Shah remembers that Karnad was the one responsible for choosing him, Naseeruddin Shah and Om Puri for the FTII acting course in 1974 in the days of “conventional chocolate faces”.
“Owe him our careers,” he tweeted.
Beyond the world of showbiz, Karnad was also unafraid of expressing his views on the country’s social and political state.
In his latest effort at political activism, Karnad was among over 200 writers and artistes who had appealed to Indian citizens to vote against hate politics and for an equal and diverse India, right before the Lok Sabha elections last month.
He had also worn a placard that read ‘Me too Urban Naxal’ at an event marking the first death anniversary of journalist-activist Gauri Lankesh.
IANS

- Advertisement -
Share
WhatsApp
Facebook
Twitter
Linkedin
Previous articleQueen's Birthday Honours 2019: Prof Jayashri Kulkarni, AM
Next articleWhy fats can be good for you: how your diet can help ward off dementia