The film works best in flashes when it is a sincere love letter to The Beatles, but otherwise, it's so full of wasted opportunities, it’s hard to keep count. 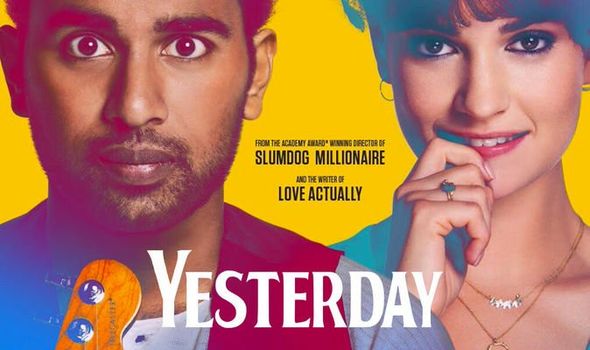 Movie: YESTERDAY
Starring: Himesh Patel, Lily James, Ed Sheeran, Kate McKinnon
Director: Danny Boyle
Rating: ** (2 stars)
It’s a surprise to know that Yesterday is penned by the same person who is responsible for the scripts of classic British TV comedies Black Adder, Mr Bean, The Vicar of Dibley and Not the Nine O’Clock News. Moving from TV to film, Richard Curtis came to be synonymous with British romantic comedies through films like Love Actually and About Time. If Hugh Grant has anyone to thank for in making a career out of playing the male rom-com lead, first on that list must be Curtis.

Which is why one of the biggest disappointments of Yesterday, with a screenplay by Curtis, is with its writing. The alternate, surreal universe imagined by Curtis isn’t developed beyond the intriguing premise: what would you do if you woke up one day and realised you were the only person who remembers that The Beatles ever existed? It’s such a fascinating concept, the kind of crazy idea that you can do so much with. But the film just ambles along, unsure of what it really wants to do with the exciting premise it’s been given, before landing on a completely unnecessary, bizarre twist.
Singer-songwriter Jack Malik (played by Himesh Patel) wakes up one morning after a worldwide blackout to find that he seems to be the only one with any memory of this little-known, definitely-not-famous band called The Beatles. With his music career going nowhere, Jack decides to perform Beatles’ songs and pass them off as his own as a shortcut to music superstardom.

Let me first give credit where it’s due. We don’t get to see people of colour as mainstream rom-com leads in movies all that often. Yes, that trend is slowly and surely changing with box office smash hits like Crazy Rich Asians and the recent Netflix rom-com Always Be My Maybe. But this is different. This is a film written by Richard Curtis and directed by Danny Boyle, a film that has the stamp of a decidedly ‘British’ sensibility, where Lily James plays the doe-eyed, ‘I’ve been in love with you for twenty years’ type of love-interest opposite Himesh Patel. Not only does this film present Himesh as a conventional male rom-com lead, it also subverts our expectations through the dynamic between the two leads. You would expect Himesh’s character pining for James – who fits the conventionally attractive image of the rom-com heroine to the T – but no, it’s the other way around here. These small touches show the self-awareness of Curtis and Boyle to update the mainstream rom-com template to match contemporary sensibilities, given how mainstream rom-coms as a genre have historically not considered people of colour as lead material.

However, it’s the trappings of the rom-com genre that ultimately prove to be the film’s undoing. Curtis’ screenplay is too preoccupied in hitting all the conventional notes for a formulaic rom-com when the premise never actually limited the narrative to that kind of a story. The film works best in flashes when it is a sincere love letter to The Beatles. That is what this film was meant to be. Unfortunately, the narrative is way too muddled to focus on the story it ultimately wants to tell. There are some surprising cameos by famous faces, but even they can’t save the film.
Though Patel is a decent enough singer, it was such a wasted opportunity to have a talented singer like James but not give her even a single lead song. But then again, this film is so full of wasted opportunities, it’s hard to keep count.