World No Tobacco Day: Stub it out! 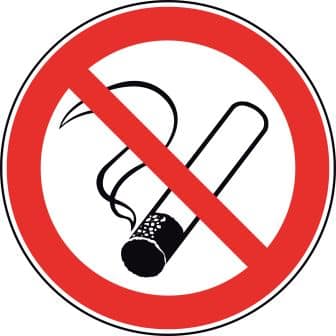 Reading Time: 4 minutesKicking that butt will help restore health, well-being and happiness, although the journey getting there may be a tough one, writes NIMA MENON

Tall and lanky, with a high powered motorbike and a lit cigarette between his fingers blowing out circles of smoke – sinister, mysterious and exciting – this is the picture of a macho male in the 1970s.  But the truth of the matter is that there is nothing macho, mysterious or exciting about smoking a cigarette. Sinister – yes, because the consequences of smoking can be quite menacing, disturbing and disastrous.
May 31 is marked as ‘World No Tobacco Day’ by WHO. The aim is to highlight the risks associated with tobacco use. It is believed that tobacco kills six million people every year, including 600,000 who are passive smokers. The message of this year’s campaign is “Ban tobacco advertising, promotion and sponsorship”. The WHO Framework Convention for Tobacco Control requires governments to impose a comprehensive ban of all tobacco advertising, promotion and sponsorship, but unfortunately only 19 countries have such national bans. Keeping in line with the WHO call, Australia introduced the law on tobacco plain packaging in 2012, which meant all tobacco products were sold in dark brown packaging with explicit images and health warnings.
Surveys show that an individual’s social economic milieu has a direct bearing on his smoking habits. In Australia smoking is believed to be the largest single cause of disease and death with Aboriginal and Torres Strait Islander populations; 2.8%  more are likely to die of tobacco related diseases. New research has revealed that tobacco outlets in the poorer WA suburbs are four times more in number than their affluent neighbours. Smoking rates are higher among manual and factory workers than among office workers and professionals. This is reflected in the 2004-2005 National Health Survey which showed that current smoking rates among ‘professionals’ was 13.3% while among ‘labourers and related workers’ it was 39.8%. The WHO survey “Socioeconomic Inequality in Smoking in Low-Income and Middle-Income Countries”, revealed that 46.7% of poor men in India smoke in comparison to 21.8% of the rich.  And while only 3.1% of wealthy women smoke, 12.4% of women from the lower-income groups have picked up the habit. A 2010 report reveals that China is the world’s smoking capital, consuming one in three of the world’s cigarettes. One of the reasons for this may be that cigarettes in China are cheap and easily affordable, even by the poorest. China also the largest grower of tobacco in the world.
There is evidence to prove that there is a relationship between smoking and education, as kids who leave school early are more likely to smoke than those who pursue higher levels (university) of education. This in turn affects the quitting process. The younger the smoker, the more difficult it is to quit. It is believed that a person who starts smoking at 13 years of age will have a more difficult time quitting and has more health-related problems than a person who takes their first puff when they are 21. A person is also more prone to smoking if both their parents are smokers, or if most of their friends smoke.
Cigarettes, it is said, can contain more than 4,000 ingredients including arsenic, formaldehyde, lead, hydrogen cyanide, nitrogen oxide, carbon monoxide, ammonia and 43 known carcinogens. Many of these when burnt, can produce chemicals that  have been linked to lung damage. A study published in the New England Journal of Medicine found that non-smokers exposed to second-hand smoke were 25% more likely to have coronary heart diseases compared to non-smokers not exposed to smoke. When women smoke during pregnancy they expose the baby to more carbon monoxide, thus affecting the development of its brain and nervous systems.
So in spite of all these harmful side effects, why do so many people still smoke? It is because most smokers are physically addicted to the nicotine in tobacco smoke and the strength of this addiction depends on the number of cigarettes being smoked. It takes a lot of courage and determination to quit smoking. Most people are engulfed by fear at the thought of quitting, but quitting is possible. I have met a number of people who have been smokers in the past, but are completely off cigarettes and have stayed ‘tobacco sober’ for nearly 25 years. Quitting is not an individual process; it is a family commitment with the whole family standing by the ‘quitter’ as there are bound to be withdrawal symptoms when one is on the path to recovery. Common withdrawal symptoms associated with quitting include nicotine cravings, anger, frustration, irritability, anxiety, depression and weight gain. But these will pass. The human body is incredibly resilient. Studies show that within the first 20 minutes of quitting, the healing process begins. The risk of a heart disease reduces within the first 24 hours, with the ability to smell and taste better, and the re-growth of nerves begins in 48 hours. These benefits will continue to improve your health, the quality of your life and the lives of those you love for years to come. During this time, staying away from triggers like places or things in your daily life that would make you want to smoke, also helps.
It is important to break the psychological dependence on nicotine and get over the fact that smoking helped calm the nerves, or that lighting up and taking a puff made a party more enjoyable. It is important to remember that a cigarette is not a ‘buddy’, and cannot give anyone companionship. You have to break the shackles, you have to break free and for this to happen, you have to want to do it. When it comes to smoking it is good to be a quitter, a quitter of nicotine. So, come on mate, stub out that last cigarette and stop seeing this world through a smoke screen!