Women innovators for a better world 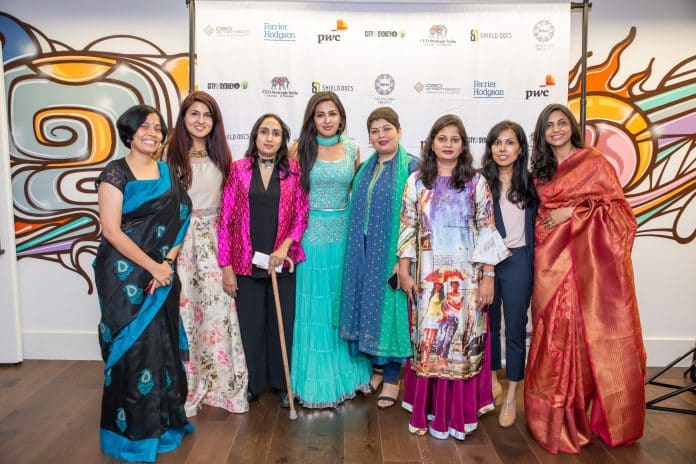 Reading Time: 4 minutesPush the boundaries, for the greater good. That’s what a Virangana does.
‘Virangana’ is Hindi for a brave and courageous woman. Historically it is a term used for a woman showing excellence in in the battlefield (think Rani Laxmibai of Jhansi, who led her tiny kingdom in war against the British, making the ultimate sacrifice for her people).


The term was bandied about a fair bit in recent days in Sydney, when six women from India participated in Spark Festival 2018, Australia’s largest festival for start-ups, innovators and entrepreneurs. The talented and successful entrepreneurs were viranganas in the full sense of the term, pushing boundaries in their attempts to help build a better society. The Virangana Project is an Australian initiative aimed at putting some of India’s most innovative women entrepreneurs in front of Australian investors and fellow entrepreneurs.

This year, Dr Suba Dravida, Aditi Balbir, Rajlakshmi Borthakur, Nayab Bookwala, Devika Srimal Bapna and Ruchi Rastogi were the finalists who impressed with their start-up pitches in the health, lifestyle and social justice fields.
It all started for them months ago when their applications were assessed on a set of stringent criteria. They worked with ‘virtual’ mentors to fine tune their business plan and pitch deck.
As they presented their work at the event in Sydney, listening to them were angel investors, equity groups, entrepreneurs and venture capitalists. It turned out to be a brilliant opportunity for them to get a firsthand look at some of the innovative ideas and investment opportunities that India has to offer.
The Indian elements at the event also allowed participants to dive into the culture to which the presenters belonged – the welcome, the decorations including pooja style lamp lighting, the Bollywood-style dancing, the food and the Slumdog Millionaire background score made it a very different Spark Festival event.

Many of the participants turned up again for a panel discussion on ‘The Next Generation of Viranganas’, which aimed to bridge the gap between the Australian and Indian women’s start-up communities. This panel consisted of Viranganas from India and Australia. The objective was to compare the challenges and opportunities facing female entrepreneurs in each country, discuss new alternative funding models for women around the world and the growing interest of venture capital firms in social impact start-ups. This event was part of the Visiting
Entrepreneur Program, the Global Sydney Business Exchange and Spark Festival, produced by the City of Sydney in collaboration with event partners The Virangana Project and the Australia India Business Council. It was supported by funding from the Australian Government’s program for entrepreneurs and its national innovation and science agenda.
Tony McAuslan, Co-Founder & Communications Director, The Virangana Project, expressed great satisfaction at the program. +“Three of the finalists have given CEO Strategic (the company behind the Virangana Project) a clear mandate to act on their behalf and continue with a capital raise for their brilliant ideas; one of which (which specialises in the early detection of epileptic fits) we plan to relocate to the Sydney Innovation Hub, which will result in more jobs for NSW. This will also help to establish Sydney as the focal point for international innovation.”
The Virangana Project Team are currently in discussions with various parties in Australia to further engage with the finalists, to the direct benefit of both the Australian and Indian economies.
On the basis of this successful event, they are now working on plans to stage a new intake in 2019 that will focus on the renewable energy and clean water sectors, where Indian innovators are at the forefront of new technologies in these areas, due to the scale of problems a nation of 1.3 billion people.
Finalists in the 2018 Virangana Project
Dr Suba Dravida is a PhD qualified founder who is working on a cure for Alzheimer’s disease using stem cells, and who was recently nominated for a Nobel Prize for Science.
Aditi Balbir is managing a network of over 150 resorts across India, who is acknowledged as having the record for the 3rd largest capital raise for a female founder in India (over $A 11M), and who is on course to raise another $A10M round.
Rajlakshmi (“Raji”) Borthakur has developed a wearable device to predict epileptic fits and whose work has been recently been acknowledged by PM Modi.
Ruchi Rastogi threw in her high powered career to create a foundation that assists and trains India’s most vulnerable and isolated women by creating small businesses that allow them to earn an income and interact with other women.
Devika Srimal Bapna started her career at Ernst & Young London, in Financial Services and simultaneously qualified as a Chartered Accountant. She has had an entrepreneurial itch since she was little and found her calling when she moved back to Delhi and identified a gap in the footwear industry. She was nominated as one of the Top 35 CAs under 35 in 2017 by ICAS (the professional body of CAs). She won the Digital Women’s Award for E-commerce, hosted by SheThePeople in Dec 2017.
Nayab Bookwala (who could not make it to Sydney) spent the last decade in television and broadcast media in various roles with expertise in Brand Development, Marketing and Events with some of the leading media conglomerates in India. She is also working towards reducing child hunger through their Meal For A Meal campaign, where they donate a meal for every meal sold on their platform. Nayab was listed as one of the Top 50 Women in Tech by Goodman Lantern, UK in 2017.
- Advertisement -
Share
WhatsApp
Facebook
Twitter
Linkedin
Previous articleWhat I (don’t) know about Diwali
Next articleWhy Virat makes them mad