Secrets of the gender pay gap 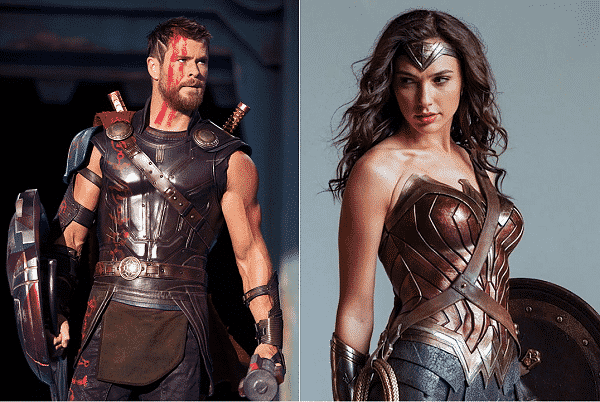 Reading Time: 2 minutesThis columnist, who is also a writer of books, was at a school as a Visiting Author when one of the children asked a question: “How much does Thor get paid?”
“Good question,” I said. “Superhero salaries are never revealed. However, they seem to do just fine. Definitely they get paid more than authors or teachers!” (Always good to get the academic staff on side.)

Then a teenage girl’s hand shot up. “I bet Thor and Iron Man get paid more than Wonder Woman,” she snarled.
“Yeah,” the other girls growled – and so did the teachers. The atmosphere turned to ice. Teaching staff (all female except two) nodded sternly at this timely reminder of evil gender inequality.
“In superhero land, boys and girls get paid exactly the same,” I said, trying to dodge the bullet.
What I was thinking (but didn’t say) was this. Many male superheroes clearly have massive incomes (think Iron Man, Batman, Black Panther, Mr Fantastic, Nighthawk, Professor X, Green Arrow, etc). But Wonder Woman, if memory serves me, was a nurse! Probably earned peanuts!
Why was everyone in a bad mood about this? The previous month, a news report said that in the creative industries generally, male stars get paid more than female stars. Earlier that week, a study of the BBC showed that women presenters earned significantly less than men.
The internet was filled with outrage at what they saw as horrendous sex discrimination, as were the three women in this columnist’s family.
Here’s something else I didn’t say. This writer has spent years in the creative industries (including working for the BBC), and knows full well that financial chiefs of these organisations are heartless automatons who see nothing but bottom lines. They honestly don’t care if you are male, female, transgender, hermaphrodite or a googly-eyed alien from the planet Zorg.
So while it’s true that discrimination exists, that’s not the whole story.
Academic studies repeatedly show that women at certain stages earn less money by choice, because they have a superior attitude to work-life balance. Guys sign up for every promotion and burn out into early graves, while women make smart compromises and live happier, longer, healthier lives.

Researchers call this the “self-selected pay gap.” Journalists never write about this because outrage sells more newspapers and gets more clicks.

The gap between male and female pay at the BBC is much smaller than the UK average, indicating the organisation is unusually successful at finding ways to steer money into the hands of female staff.
After my school talk, I was signing books when I was approached by a nerdy boy who was a fount of knowledge about superheroes.
“Wonder Woman is a nurse,” he said.
I was about to tell him to shut up for his personal safety (female teachers were hovering nearby), when he added something that got me thinking, “She’s an army nurse with the rank of Major.”
Interesting. There is no gender pay gap in the military, and US army Majors earn a fortune, more than $100,000 a year.
Thor, being a minor Norse god, probably doesn’t get paid anything at all.
Oh well, Wonder Woman seems like a nice person – she can buy Thor a drink.