Wife quotes Gandhi to praise David Warner for his victory 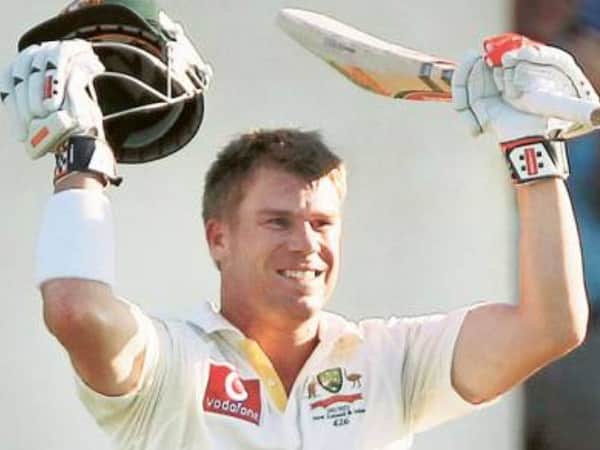 Australia opener David Warner was praised by wife Candice through the words of Mahatma Gandhi to heap praise on her husband after he scored a record-breaking 335 against Pakistan in the second Test.

“Strength does not come from physical capacity. It comes from an indomitable will. (Mahatma Gandhi),” Candice wrote on Twitter after David’s marathon innings.

Candice was in the stands of the Adelaide Oval on Saturday when Warner scored his maiden triple hundred. While an elated Warner was seen celebrating in his usual style after notching up his 300 with a boundary off Mohammad Abbas, Candice was spotted wiping tears from her cheeks after David reached the milestone.

Warner’s triple hundred is actually the first from an Australian since former captain Michael Clarke’s unbeaten 329 against India in January 2012. Warner is also the seventh Australian to score a triple ton. The highest individual score for an Australia lies with opener Matthew Hayden with 380. He had played that innings against Zimbabwe in 2003 in Perth
His triple ton was also the first by a left-hander after Kumar Sangakkara’s 319 against Bangladesh in February 2014.

It is also the first time since December 2016 that any batsman has managed to score a triple ton in Test cricket after India’s Karun Nair did so against England in Chennai. Brian Lara was a touch disappointed with Australia captain Tim Paine’s decision of declaring their first innings against Pakistan in the Adelaide Test and not allowing David Warner to go past the West Indies batsman’ record individual score of 400.

Lara was in Adelaide on Saturday for some commercial engagements when Warner shattered records by scoring his maiden triple ton at the Adelaide Oval in the Day/Night Test against Pakistan. He was at 335 when Paine declared Australia’s first innings at 583/3.

“They were justified by picking up six wickets last night and you can see today things are slower so the declaration came at the right time.

The 50-year-old further admitted he was getting ready to leave for the Adelaide Oval to witness what would have been one of the most historic moments in the cricketing history in recent times.

“But after passing Sir Donald Bradman I would have loved to see him race towards me. I was getting dressed to come back near the end of his innings. I was listening to commentators say whether he would have a go at Matthew Hayden’s 380 but I felt if he got to 381 he would have to have a go at my record,” said Lara.

Lara, who holds the record for scoring the highest individual score in Test cricket, first time broke the record in 1994 when he scored 375 against England and went passed then record-holder and West Indies legend Gary Sobers’ 365.

As soon as Lara went past 365, Sobers walked out onto the Barbados ground and personally congratulated the former on the achievement.

“It would have been amazing to walk out there (as Sobers did). Records are made to be broken. It’s great when they are broken by attacking players. Entertainers. Being in Adelaide I would have got an opportunity to if not walk out at least meet him at this opportune time,” said Lara.

Lara, a veteran of 131 Tests and 299 ODIs, however, believes Warner will get more opportunities to break the 400-run barrier.

“I still think Warner may have time to do it in his career. I know he is not a spring chicken but as soon as you get that 300 you know how to get 400. He may get another shot at it.

“He is a very attacking player and that is the sort of player who can always set you up for a win. I know you need stabilisers but you also need one or two players like David Warner and Sir Vivian Richards who can take the game with their bats.”

The highest individual score for an Australia lies with opener Matthew Hayden with 380. He had played that innings against Zimbabwe in 2003 in Perth.