Vegetarianism benefits not only animal life but also the health of the planet, says IVA 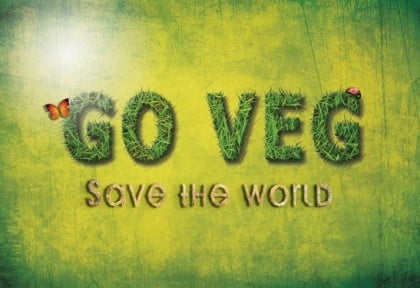 A deliberation on the morality of eating meat, coupled with self-reflections on perceptions of health and an inquisition into the ecological impact of animal agriculture, was at the forefront of the first Australian seminar held by the International Vegetarian Association (IVA) in North Parramatta on 10 July.
The seminar, which held a comprehensive discourse on the benefits of a vegetarian diet from ethical, health and environmental perspectives was primarily conducted to support vegetarians and to inform those who may be unaware of the diet.
A pure vegetarian buffet-style meal was served at the end of the program to endorse how flavoursome and nutritious the food can be.
“The reason we decided to host this seminar is because we want people to adopt a more ethical and healthful diet,” Nirja Malik, Australian representative for IVA, said on the occasion.
Key members from IVA and the Hindu Council of Australia made the seminar both an informative and captivating experience as they presented a wealth of information from scientific literature, stimulating audio-visual and video footage detailing the reality of livestock production, and interactive exercises for audience engagement.
Hari, who was the first speaker for IVA, presented an introduction to vegetarianism by dissipating some myths regarding vegetarianism. He also highlighted the physiological differences between herbivores, omnivores and carnivores, and suggested that the anatomical structure of humans resembles the herbivore.
Hari observed, “Anyone can be a champion on a vegetarian diet”, and listed prominent celebrities like Aamir Khan and Arnold Schwarzenegger who have chosen to become vegetarians.

The misconception that a diet rich in animal protein is essential for those involved in sport has been dispelled by many individuals including Venus Williams, Mike Tyson and Carl Lewis who are thriving on a vegan and vegetarian lifestyle. Audience member Pranish also provided input into how becoming vegetarian helps in the long-term, saying, “At first I ate meat because I thought I needed the protein for playing cricket. But I realised meat didn’t have a positive effect on my body, causing other health problems such as high cholesterol. Eating meat is not sustainable.”
In furthering the health benefits of vegetarianism, Monica provided a holistic insight into how vegetarianism is imperative for the mind, body and soul. She interacted with the audience through guiding participants with basic yoga exercises, before proceeding to explain how meat can be carcinogenic to the human body as the chemicals, hormones and antibiotics found in these animal products cause many diseases and cancers.
Through both the Ayurvedic and Western lens, Monica conveyed the importance of consuming whole alkaline foods such as fruits and vegetables that ideally should be organic and non-genetically modified. Additionally, Monica explained that vegetarians could meet vitamin and mineral needs through consuming legumes, leafy greens and dairy products.

While a vegetarian diet excludes the consumption of animal flesh from land and marine mammals, it includes eggs and dairy, though vegetarianism in India typically restricts the intake of egg products. Increasingly, the consumption of milk products has begun to be questioned too, due to concerns about the health implications of dairy, the systematic cruelty to male calves who are routinely taken from their mothers and killed, and with cows suffering for prolonged periods of time from being artificially inseminated.
The issue of dairy was addressed by Nirja, who screened a heart-wrenching slideshow detailing stirring visuals showing the perennial cruelty that animals in slaughterhouses face worldwide. Nirja spoke of the distress and anguish that animals face knowing that they are nearing death.
Consumers are also responsible, Nirja said, due to the chain of supply and demand. “We already have plenty of other natural resources we can thrive off.”
This led to a discussion of the environmental devastation caused by industrial animal agricultural practices. Through presenting dismaying statistical figures from the United Nations, including how beef production takes up 53 times more land than crop production, and produces about 50% of all greenhouse gases, Nirja emphasised the urgency to stop contributing to such a damaging industry which has grave implications for the ecosystems and future generations.

Vijai Singhal of the Hindu Council of Australia also spoke of the environmental implications that rearing livestock has on the earth, particular the modern concept of factory farming, while also citing the recent guidelines released by the Chinese government urging citizens to cut their meat consumption in half to combat climate change. In 2008, the Hindu Council of Australia was the first to start the ‘Meat-Free Day’ campaign in Australia in collaboration with the Australian Religious Response to Climate Change (ARRCC) organisation.
Although a vegetarian diet is a starting point for embracing a healthier and compassionate way of living for our animals and for the planet, a lifestyle which excludes the use of all animal products including dairy, is the pedestal of ensuring not only our optimal well-being, but also that the exploitation of billions of animals that suffer daily at the expense of corporate greed, is decimated.