When community service defines your life 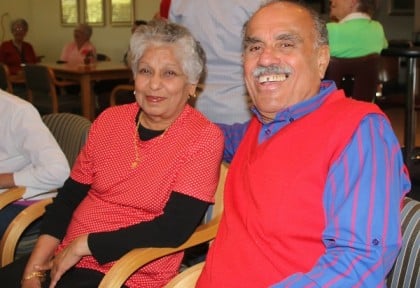 For 78-year-old John Francis D’Souza, the Medal of the Order of Australia in the General division, has been a befitting recognition of his four decades of community service.
It’s been a long journey from Mangalore in western India for D’Souza, who migrated to Australia with his wife Beatrice Eva D’Silva and daughter Sunita, in 1974. The family decided to settle in a quiet little town of Mount Gambier and two years later, obtained Australian citizenship.

During his eventful life in Australia, D’Souza worked as office manager at Fidler & Webb from September 1974 to October 1976 and then served as National Payroll Manager for K&S Corporation between 1976 and 2004.
He joined the St Paul’s Conference of St Vincent De Paul Society in Mount Gambier in 1974 and became president in 1983. He founded the Central Council of South East South Australia, serving as president during 1988-1993, 1996-2000 and again in 2017.
D’Souza’s service to the community also came through the Mount Gambier Catholic Parish, Mount Gambier Public Hospital, South East Regional Community Health Service, the Mount Gambier Sheltered Workshop, South East Women’s Shelter, and many other organisations.
As the founding member of the South East Women’s Shelter, its new building in 1999 was named “D’Souza Court” in his honour by then State Minister of Human Services, Dean Brown. He served the Shelter in various capacities such as committee member, treasurer and chairperson.
He was Citizen of the Year in the City of Mount Gambier, (2003) and has also received the Pride of Australia Award.
D’Souza also had the privilege to carry the Olympic Torch during the 2000 Sydney Olympics.
Today John is father to four and grandfather to eight.
The D’Souzas have enjoyed their life in a small country town, “after having lived 14 years in Bombay”. But they have maintained their ties with the home country.
“I visit Mangalore every two to three years,” John said. “The graves of my mum and brother are in Urwa Church, and all my friends and relatives live in Mangalore.”
Daughter Sunita is very proud of her father’s commitment to serve his adopted country.
“So grateful for the opportunities Australia gave him,” she said in a Facebook post.