What International Women’s Day means to me 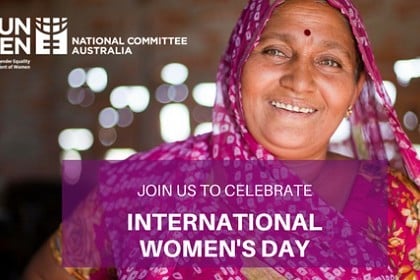 As an Australian Muslim woman, SHAFEEN MUSTAQ finds much to reflect on, celebrate and be #boldforchange for IWD 2017

The story of women’s struggle for equality, Gloria Steinem once said, belongs to no single feminist nor to any one organisation, but to the collective efforts of all who care about human rights.
International Women’s Day is a global day celebrating the social, economic, cultural and political achievements of women. The day is about unity, celebration, reflection, advocacy and action – whatever that looks like globally and locally.

For me as a woman, IWD is a day to celebrate the achievements of our gender, past and present. Whether it’s Ida B Wells (African-American journalist, newspaper editor, suffragist and an early leader in the Civil Rights Movement), or Ada Lovelace, Countess of Lovelace (English mathematician and writer) or even Lotfia ElNadi (Egyptian aviator and the first African as well as first Arab woman to earn a pilot’s license), these are but some women who have paved the way so that we have the rights we do today to vote, to have representation in government and to fight for rights to make decisions for our bodies that are unrestricted by taxes on female hygiene products, abortion laws or FGM practices.

It is our responsibility not only on this day, but every day, to ensure we work to maintain our rights and ensure they are given to women all over the world.

As a Muslim woman, IWD means reflecting not just on the turbulence of the past year but also on the greater history of Muslim women throughout time and the skills and qualities our role models have pursued and possessed in order to persevere.
Muslim women are the visible targets for increasingly angry outlets of ignorance and fear. Muslim women are required to navigate not only the cultural stigma of being female in whatever country they are from, but also the social stigma that is increasingly pervasive in our globalised society in its many forms online, on the street and in government policies.
Muslim women navigate patriarchal interpretations of the Quran to understand its true meaning and guidance, in order to abide by the rights afforded to them in Islam in the face of ‘well-intentioned’ men and women who feel a responsibility to subjugate them under the guise of religious instruction.

Of those women who experience violence, more than half have children in their care. Eight out of ten women aged 18 to 24 were harassed on the street in the past year. Domestic or family violence against women is the single largest driver of homelessness for women, a common factor in child protection notifications and results in a police call-out on average once every two minutes across the country.
And that the combined health, administration and social welfare costs of violence against women have been estimated to be $21.7 billion a year, with projections suggesting that if no further action is taken to prevent violence against women, costs will accumulate to $323.4 billion over a thirty-year period from 2014-15 to 2044-45.
Australia – we have a moral and ethical responsibility to ourselves and our society to be better. To do better. Violence against women in any form is unacceptable, and the growing evidence that women with disabilities are more likely to experience violence and that Aboriginal and Torres Strait Islander women experience both far higher rates and more severe forms of violence compared to other women is a sad testament to the state of our society.

We must urge our government to take action and put in place measures to ensure Australia turns back from this alarming growth and stays on track to becoming a safer and healthier environment for women of all ages, ethnicities and abilities.
International Women’s Day has been marked for well over a century – and continues to grow from strength to strength. For International Women’s Day 2017, we’re asking you to #BeBoldForChange.
Call on the masses and on yourself to help forge a better working world, a more inclusive, gender equal world where every girl, every woman has the freedom to try, aspire and achieve.