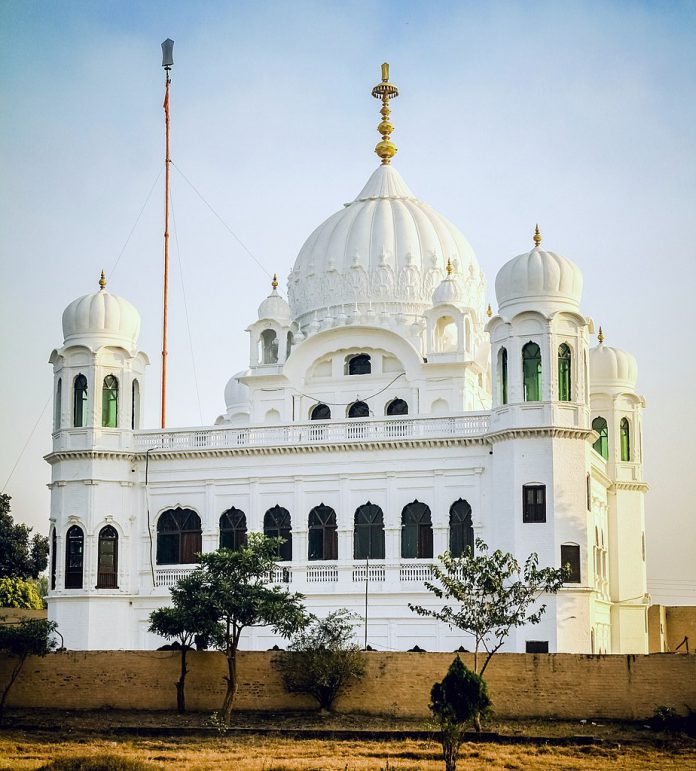 The Pakistan government has set up 80 counters at the Kartarpur Corridor to facilitate Sikh pilgrims arriving from India and all over the world to visit the final resting place of Guru Nanak Dev, the founder of Sikhism.

According to the Interior Ministry, the counters will speed up the clearance process and facilitate a large number of Sikh pilgrims who are expected to show up at one of the Sikh community’s holiest site to commemorate the 550th birth anniversary of the first Sikh Guru, The Express Tribune reported on Sunday.

The Immigration Department will handle a maximum of 5,000 pilgrims each day. The Federal Investigation Agency (FIA) will send a clearance list of the pilgrims to the Indian border force 10 days before their arrival. The authorities have built three entry gates to facilitate the pilgrims from India. Pilgrims returning to India will be routed through a designated gate.

They will have their passports scanned on their arrival before they are transported to Gurdwara Darbar Sahib in special buses with Pakistan Rangers squads deployed for their protection.

Sikh Pilgrims from both Pakistan and India will undergo biometric screening before being permitted to enter Gurdwara Darbar Sahib. They will be able to exit from the same gate which they used for entry while undergoing the verification.

To facilitate operations at the corridor, which is likely to be inaugurated on November 9, the Interior Ministry has appointed two assistant directors and a deputy director in addition to 169 inspectors and sub-inspectors, constables and female constables.

The development comes after India and Pakistan on October 24 signed an agreement to operationalise the Kartarpur Corridor even as the ticklish issue of a $20 service fee imposed by Islamabad remained unresolved.

Pakistan is going to earn a whopping 30 lakh dollars per month from pilgrims visiting Darbar Sahib in Pakistan’s Kartarpur, the final resting place of Guru Nanak Dev, the founder of Sikhism, a report said on Friday.

Though India signed the pact with Pakistan for ensuring smooth travel of pilgrims through the Kartarpur Corridor, it has asked Islamabad to review the decision to levy service fee in future.

An immigration hall has also been built at Zero-Point, 4 km away from Darbar Sahib, to facilitate the pilgrims.

The agreement paves the way for Sikh pilgrims to visit the holy shrine located 4.5 km from the border in Narowal district of Pakistan’s Punjab province throughout the year.

The 4.2 km-long corridor from the Indian side in Dera Baba Nanak area in Punjab’s Gurdaspur district will be completed by Thursday, a week before the celebrations are slated to begin.