The Mahendra Singh Dhoni-led side hunted down a competitive 179-run target against one of the best bowling attacks of the current season with nine balls to spare. 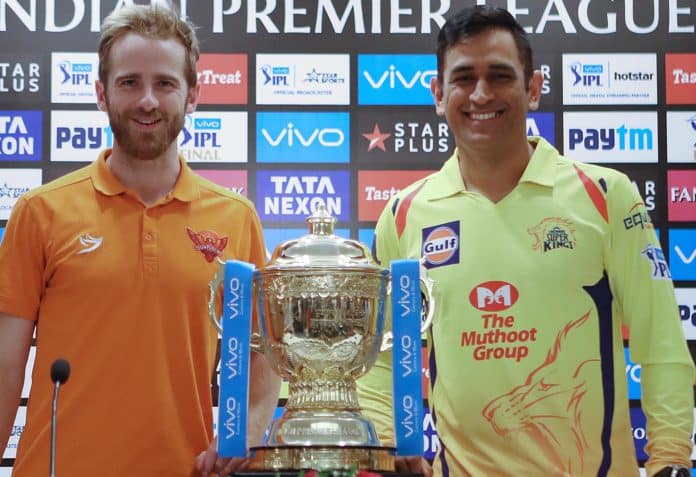 Reading Time: 3 minutesShane Watson was back to his brutal best as the opener’s scintillating unbeaten 117 runs helped Chennai Super Kings lift their third Indian Premier League (IPL) title, thrashing Sunrisers Hyderabad by eight wickets in the summit clash on Sunday.
Making a comeback after serving two years of a ban, the Yellow Brigade stood up to their reputation of being one of the best team in the cash-rich league. The Mahendra Singh Dhoni-led side hunted down a competitive 179-run target against one of the best bowling attacks of the current season with nine balls to spare.

Watson was in devastating touch in his entire 57-ball innings, which comprised of 11 boundaries and eight massive hits into the stands. The Australian along with Suresh Raina (32) forged a 117-run match-winning partnership to put Chennai ahead of their opponents.
Chasing 179, Chennai lost their first wicket in the fourth over as Opener Faf du Plessis (10) was caught and bowled by pacer Sandeep Sharma when the scoreboard was reading just 13 runs.
Raina then joined Watson and the duo started slamming bowlers all round the park at will. The strike mostly remained with Watson and the Australian all-rounder took advantage beautifully by unleashing some ferocious shots.

Soon the duo helped their team get past the 100-run mark in the 12th over and just after that Watson, who was looking at his best, hammered Sandeep to 27 runs in his final over.
West Indian all-rounder Dwayne Bravo said Chennai Super Kings defied all odds to lift their third Indian Premier League (IPL) title. “It has been good. This is a special moment. The team did not play together for the last two years. We had to move from Chennai after one game. For most of the guys, this is their first time. We were able to keep focus and do it. Nothing is better than winning finals,” Bravo said after the game. “We always said experience will help in crunch times. (Shane) Watson batted on one leg and despite the hamstring, his experience helped him. Watson is a world class player,” he added.

Ambati Rayudu was excellent too, finishing as the team’s top-scorer with 602 runs in 16 innings at an average of 43. “I was really fortunate to have such a season for Chennai. I worked really hard for it and am glad that I could hit the winning runs. Initially the wicket looked a little slow, it was damp, got much quicker and I am glad we could chase it down,” an elated Rayudu said after the match where he hit the winning runs.
Harbhajan Singh, who was dropped for the final for Karn Sharma, said he was happy to bag his fourth IPL title, winning the previous three with Mumbai Indians. “Brilliant the way we came out and chased it down. To see what Watson, what he brings to the table, you know how many runs you might get, it is always chaseable. Fourth IPL title for me and I am glad,” Harbhajan said.
Brief Scores: Sunrisers Hyderabad 178/6 (Kane Williamson 47, Yusuf Pathan 45 not out; Lungi Ngidi 1/26) vs Chennai Super Kings: 181/2 (Shane Watson 117 not out; Carlos Brathwaite 1/27).