War of the Wipes

What a bummer the scramble for toilet paper has been 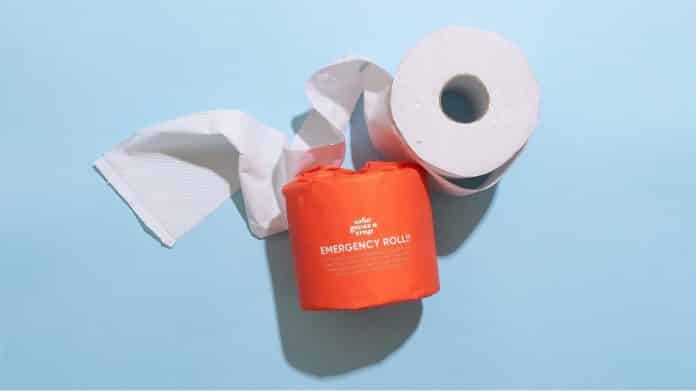 Oh no, you’re thinking, not another column on the cursed coronavirus!

Folks, before your cry goes viral, calm down, wash your hands, wear your mask, and read on. This one is to shine a light on our national character.

We Aussies have a sense of humour like no other. While the English variety is subtle, and the American decisively brash, ours sits somewhere in between, in the outer or maybe down under. We manage to raise a chuckle even at the worst of times. For example the current COVID-19 crisis seems to have brought out the wackiest in us. The ‘run’ for toilet rolls has ‘flushed’ out a flood of funny lines on the dunny business. The media – print,
electronic, social – is overflowing with toilet humour, plumbing the depths of Aussie witticism. Commentators are ‘loo’dicurously lucid as they ply their craft on the 3-ply rolls.

To overcome the shortage, one letter-writer to a newspaper reminded readers of the toilet habit of yore – tearing newspapers up into squares and hanging them on a hook in outdoor dunnies. ‘Today’s newspaper is tomorrow’s wipe. Perhaps I should start saving your paper’. I was surprised the editor ran it. Was he admitting his paper’s worth?!

Another gem is from a lager lover lamenting the future of his favourite Corona Lager. He is not sure if the brand will be abandoned, or whether to down a few more bottles to prevent the virus. His preference, I guess, is for the latter.

Conspiracy theories also abound. According to one, China managed to mask the outbreak until the hoo-ha about Wuhan’s soaring death toll. A cynic suspects that China’s ambitious One Belt One Road project may have helped the virus to travel so far and so fast to Iran and Italy. Many have called this crisis an ‘overkill’ compared to the death toll of the annual flu.

Besides loads of tips from health experts and briefings from politicians, psychologists are having a field day analysing the mass hysteria of Aussies’ tussle for loo paper, leaving supermarket shelves bare, baring their teeth and even brandishing knives at fellow raiders. A well-known columnist has likened our behaviour to South African wildebeests galloping en masse. Another columnist characterises the Aussies as a flock of sheep: ‘when one moves others follow.’ (Until now, the sheep jokes were on our neighbours across the ditch). A cartoonist has caricatured us as lemmings rolling over a cliff-hanging on to toilet rolls.

Meanwhile, an overseas mate texted me to say he nearly fell off his (toilet) seat when he saw viral footage of the tug of war for toilet paper among three women in a Sydney store.

There would be no need for such duels if only people placed in their bathrooms a BMW (bum mechanical washer), flexible tubing with a water spout. This oriental practice will also save tons of tissues, conserving millions of trees and pleasing climate change activists. You listening, Greta?

For my part, I wrote a letter to my local paper saying ‘It is corona, not Caroma virus’ (Caroma is a famous brand of toilet seats made in Adelaide, sadly closed now). It didn’t make it to print – given a clean wipe at the editor’s desk, no doubt.