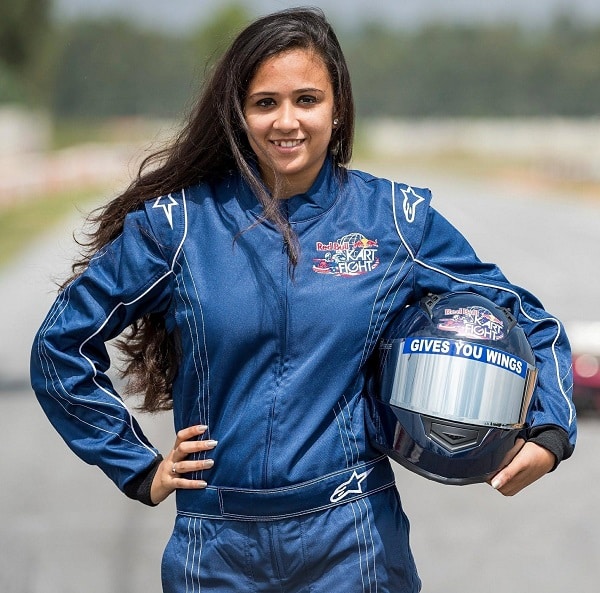 Reading Time: 2 minutesWoman driver Mira Erda reckons that racers in India need more exposure and tracks to excel in the sport and says that there are very few women drivers in the country – and the ones who are interested do not get too much family support or proper infrastructure.


“In the Indian context, we as racers need a lot more exposure. Many racers can’t go further as there is little financial support and dearth of tracks all over India. (Racing) needs to get more exposure compared to what it does currently,” Mira, who has competed in one of the highest classes of Formula Racing in the country, the Euro JK series in the JK Tyre-FMSCI National Racing Championship, said in an interview.
“Very few females are interested in racing and many of them also don’t get a chance for hands-on (experience) because of inadequate support from their families and very few infrastructure facilities,” she added.

The Vadodara racer said events like Red Bull Kart Fight are the stepping stone for an amateur racer.

“Red Bull Kart Fight gives amateur racers in India a chance to learn more about racing; it’s like the stepping stone for an amateur to take his chance in racing,” she said.
Mira is currently leading Red Bull Catch Up, an amateur racing championship for women, scheduled for March 8 in Gurugram.
Quizzed about her upcoming tournaments, Mira said: “My upcoming races are the JK Tyre National Racing Championship this year, which will consist of five rounds in Coimbatore and Delhi. I will also be testing in Europe or London, depending on the budgets we get, and will also be doing a few Off Road Rallies and Karting races to stay in the zone.”
IANS
- Advertisement -
Share
WhatsApp
Facebook
Twitter
Linkedin
Previous articleBrett Lee pitches for mandatory auditory screening for newborns
Next articleThe seduction continues