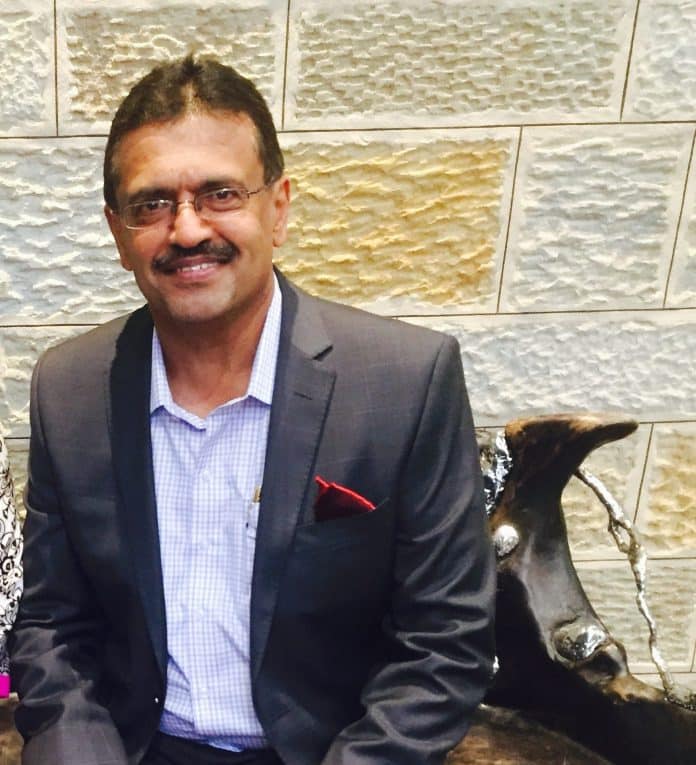 Reading Time: 2 minutesAdelaide’s VIVEK PADMANABHAN is awarded OAM for service to aged welfare
Say the word ‘Padman’ in South Australia, and the thought that comes to mind is Aged Care.
And Viv Padman, who started the business, is highly regarded not only for establishing some of the best aged care facilities in the country but also for his involvement in the Aged Care industry at state and national levels.
Viv has been associated with the Australian Aged Care Association continuously since 1983, being a Board Member for many years and then Chairman.

He has also been on several Minister-appointed committees involved in the development of policies and guidelines.
Viv Padmanabhan established Padman Health Care in 1984 with a small facility in Henley Beach. “It was an opportunity to own our own business,” he told Indian Link, “as I felt there were plenty of opportunities for growth.”
And grow they did, not only in size but in quality of care and concern for the welfare of the elderly. Vivek says they wanted to improve standards and “provide the care that we would want for our parents.”
Vivek’s parents moved to East Africa from Kerala as teachers. Following political upheaval in Uganda, the family moved to Adelaide in 1973 when Vivek was 15 years old.
The family got involved in the small Indian community and Vivek’s father became President of the Indian Australian Association of SA (IAASA). It was a great introduction to young Vivek in community work, himself working with association as a young adult. He also supported the Adelaide Malayalee Association (AMMA) too especially in its early years.
He was a regular broadcaster on Indian Community Radio on 103.1FM too.
In the wider community, Vivek was a member on several Boards and Committees. “All these were in a voluntary capacity,” he says, “which helped me contribute to the needs of the Aged Care Industry to a much greater extent.”
Even though he sounds proud when he speaks of some of the “exciting” facilities he has built, his humility shines when asked what he considers his greatest accomplishment.
“I think to have made a difference to the quality of life of our residents in the last years of their lives, that is what is most important to me.”
“There is a lot of emotion involved when a person has to leave their home. They are quite fragile. We try to make the transition as seamless as possible with exceptional care and comfort.”
Viv Padmanabhan credits his success to his wife Florence’s role in the business. She is Executive Director of Nursing. “Florence was a big part of the business,” he says, “and all credit goes to her for making it so successful.”
Vivek has started a luxury aged care service called Premier Health Care in which his daughters, Reena, a lawyer and Sunita, an oncologist, are also involved.
Vivek’s passion for his work comes through loud and clear when he talks about it.
This latest honour “is very humbling”, he says, “because it is recognition for doing something constructive for the community. This was also my late father’s passion, which he carried out in India, Uganda & Australia.”