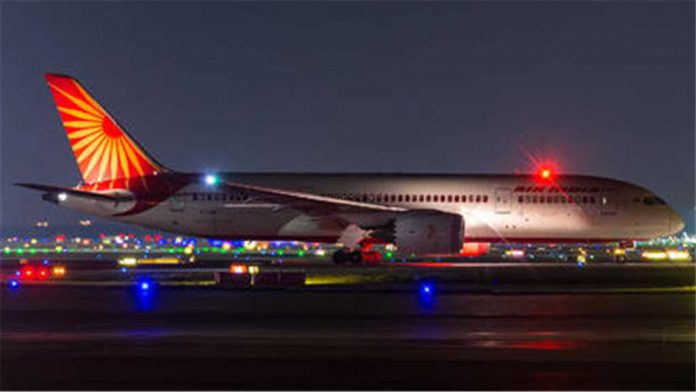 India’s national carrier Air India is all set to operate the first ‘special ferry’ flight from New Delhi to Singapore today 7 May in what is being called Vande Bharat Mission, to bring its stranded citizens from abroad back home.
The Delhi-Singapore flight will be the first of 64 ferry services which will be operated by the airline and its subsidiary Air India Express from May 7-13.

India will commence one of the world’s largest air rescue operations Vande Bharat Mission from May 7, when the two airlines will start the first phase of the mission. The two airlines will operate 64 flights in 7 days to bring back 14,800 stranded Indians from 12 countries.

As per plans, 10 flights will be operated to the UAE from May 7-13, while seven will be sent to the US, seven to Malaysia and five to Saudi Arabia, amongst others. Overall, more than 190,000 Indian nationals, who will pay a one-way ferry service charge, are expected to be brought back in an airlift operation that might last couple of weeks or even more.

Indian nationals stranded in Australia will have to wait a little longer. As of now, the Indian High Commission in Canberra has asked those waiting to get back home to register their interest by 10 May.

Meanwhile, with the first flight due to arrive in Delhi at 7.00 am on Friday 8 May, the national capital has ramped up efforts to mass quarantine the evacuees. Several thousand hotel rooms have been booked across Delhi to keep them stationed for 14 days.All major hotels in the aero city area including lodges and guest houses are also being kept for quarantine purposes, a source revealed. Hotels in adjoining districts are on stand-by. However, all these facilities will be provided against payment by the concerned evacuees. All evacuees will have to spend a mandatory 14 days in quarantine facilities and will undergo medical tests.

The role of Air India

Passengers availing these evacuation flights will be charged for the one-way ferry service, as the national carrier is already in a financial turmoil. Lately, despite its precarious financial position, the flag carrier has emerged as one of the few airlines in the world that have evacuated more than 9,000 passengers during the Covid-19 crisis.
The airline to date has carried out massive flight operations to China, Japan and Europe to bring back stranded Indians, mostly students and pilgrims. Additionally, the airline has been instrumental in repatriating foreigners to Israel, UK and Germany.

In comparison, three decades ago, Air India led a group of airlines which included Indian Airlines and Aeroflot as well as IAF to rescue an estimated 111,711 Indians from the Gulf, after Iraq invaded Kuwait in 1990. The 59-day operation involved 488 flights and was conducted before the first Gulf war.

This time, the exercise will encompass flights to the US in the west to the Philippines in the east.