Why the beef with just beef?

Why don’t the ‘Hindus’ protest against the atrocities of the dairy industry? 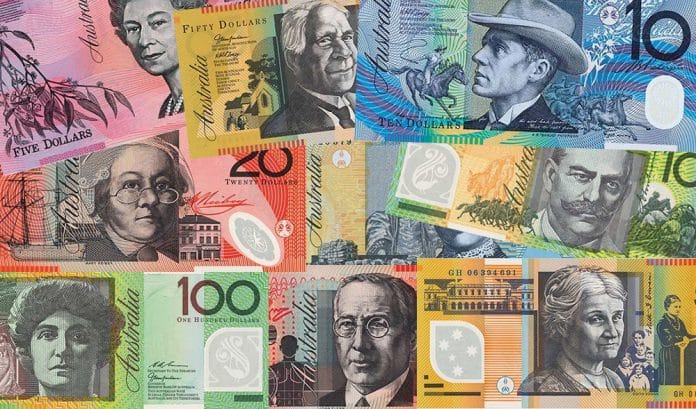 Reading Time: 4 minutesA Nevada based organisation called ‘Universal Society of Hinduism’ has urged the Reserve Bank of Australia to produce ‘beef free’ currency notes. The $20 and $100 notes to be released contain traces of cow fat as an anti-static agent. A letter to the RBA by the founder of the organisation, Rajan Zed, urges the RBA to “show respect to the feelings of Hindus”. Of cows, it states, “Cow, the seat of many deities, is sacred and has long been venerated in Hinduism”.

Curious.
This long-venerated beast apparently is only deserving of the respect of Hindus when it comes to the consumption of its flesh after slaughter. Milk, on the other hand, that magical, liquid white gold provided so magnanimously by the female bovine is celebrated by Hindus. Hindu ceremonies usually feature the munificent gifts of the ‘Gaumata’ – milk and yoghurt – consumed with ghee, err, glee. And ignorance, wilful or otherwise. As is the case with the Universal Society of Hinduism’s beef with beef.
If one really believes the cow is sacred – and many Hindus do – one simply cannot ignore the dairy industry. Contrary to popular belief, cows don’t just produce milk on tap (true story). They are impregnated, and because they’re mammals, like us, they have to give birth to produce milk. Female calves born go on to be constantly impregnated like their mothers. As for male calves, they’re killed. The Australian dairy industry kills about 400,000 male calves a year. They’re trucked off to slaughter when they’re a tender five days old. It is legal to deprive them of food for up to 30 hours before slaughter. And they’re mammals, so the bond between mother and calf is strong. Cows and calves call out for each other for hours after separation. Digest that.

One cannot talk of sacred cows without acknowledging cow politics and ‘protection’ in India. Says Yamini Narayanan, Senior Lecturer in International Development at Deakin University, “Beef is politicised excessively – and wholly incorrectly – by Hindu nationalists to implicitly frame Muslims/Christians as sole slaughterers of cows. By focussing on beef-beef-beef, milk conveniently gets depoliticised, or even celebrated as a sacred Hindu product, obscuring the role of milk – and Hindus – in cow slaughter.”
While India may pretend that it doesn’t slaughter dairy cows, Australia (and the USA, where the Universal Society of Hinduism is based) does. In nature, a cow’s lifespan is 20 to 30 years. In the dairy industry, cows are slaughtered between the ages of 4 and 5, when their milk dries up. Drink up!
Besides, this obscure organisation that claims to represent Hindus ignores the diversity in Hinduism, as other Hindu groups in Australia do. “They are peddling the idea that this is ‘Hinduism’ when it’s actually Brahminism,” says Sangeetha Thanapal, artist, activist and writer who works on the intersection of race, gender and the body in Asia and Australia. “They do not speak for many lower caste Hindus for whom meat is quite normalised.” On the aversion to meat, she explains, “Vegetarianism is historically very upper caste, and has filtered down the castes. It’s why being vegetarian is seen as a sign of caste and class. It is connected to notions of purity, with the lower castes being seen as ‘impure’ as their bodies are polluted with meat.” Chew on that.

A Hindu organization in Australia is asking the Reserve Bank of Australia to stop printing their new bank notes as they contain animal fat from beef. | @RakaMukherjeee

The protest letter itself gets curiouser and curiouser. It also accuses the RBA of not doing enough research to understand their consumer base: “Most of the large companies world over did extensive consumer research before launching a new product” (sic). Ah, the irony. If only Mr. Zed and the Society took their own advice and did a bit of research into the state of dairy cows, they might have written to a completely different organisation. Espoused veganism even, perhaps. Which would fit in very nicely with the Society’s mission of ‘empowering people to make positive social… and environmental changes”. Ironic, considering their letter advises the RBA, in a snarky tone, to “re-read and follow its own professed ‘values’”. (quotes theirs, not mine). Good advice.
The cruelty of the dairy industry aside, dairy has a huge role to play in our emissions: it accounts for nearly 12% of Australia’s emissions. Bottom line? “Take a more holistic approach,” says Sukhmani Khorana, author and Senior Lecturer at the University of Woollongong. “We should move towards a plant-based society for ethical and environmental reasons.”
Whatever your position is on cows or animal rights, looking at it purely through a religious or cultural lens is short-sighted. With the planet in crisis, it is our responsibility to question our habits and patterns of consumption and understand our impact on other creatures and the environment. After all, it’s our entire world at steak, err, stake.