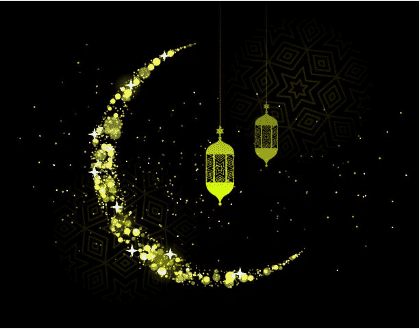 A guide to the basic principles of Islam’s holiest month

What is Ramadan?
Ramadan is the ninth month in the Islamic (Hijri) calendar, based on the lunar cycles. The world’s Muslim population, more than 1.6 billion people, believes Ramadan is the holiest month in the year, as it is the time when their holy book, the Qur’an was revealed to their prophet Muhammad.
As the month depends on the crescent moon (hilal), the time of Ramadan changes each year. Ramadan 2020 began on Thursday, April 23, 2020, and will end in the evening of Saturday, May 23, 2020. However, fasting can sometimes begin and end on different days as between different countries the sighting of the moon can vary.
Why do Muslims fast during Ramadan?
Fasting is considered one of the five pillars of Islam, the framework for Muslim life.
The other four pillars are: declaration of faith, the daily prayers, support for the needy through charity, and the well-known hajj or pilgrimage to Mecca at least once in a lifetime.
During Ramadan, observant Muslims abstain from eating and drinking during daylight hours as part of their fast. Before sunrise, many will have suhur or a predawn meal. The breaking of the fast each day is called iftar, when people share the evening meal with their family and friends.
People are also expected to abstain from sex, gossiping, swearing, and general negative thinking throughout the month instead pouring their energy into charity and self-sacrifice.
The primary focus of Ramadan is to nurture each Muslim’s individual relationship with God and to become closer to their community. Many people will read from the Qur’an and will attend their local mosque regularly.
Healthy men and women are expected to fast during Ramadan, while children, the ill, the elderly, travellers, pregnant women, women who are menstruating or women who are breastfeeding are not required to fast.
If someone is unable to fast during Ramadan, it is permitted for them to “make up” the missed days by fasting at another time during the year. 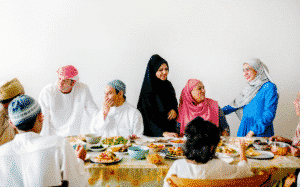 What is Eid?
Eid-al-Fitr is the festival of the breaking of the fast marking the end of Ramadan. It usually takes place over a three day period.
People will often attend early prayers before spending the first day of Eid celebrating with family and friends at local festivals held by the community.
‘Ramzan’ or ‘Ramadan’?
In western countries, such as Australia, the Islamic holy month is generally referred to as ‘Ramadan’ in accordance with the Arabic pronunciation. Our PM Scott Morrison have sent Ramadan message to all the Islamic people of Australia. 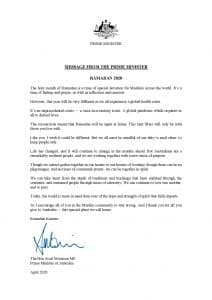 In India many refer to the holy month as ‘Ramzan’ as it is more in line with the mother tongue of most Indian Muslims. Across northern India, though, it can also be referred to as Ramojan, Rumjan and Ramjan
Ramadan in the 21st century
This year tech giant Google has developed app Ramadan2020 which gives users customised content to assist Muslims throughout the holy month. The app includes prayer times, videos and location-based information regarding sunrise and sunset each day.
READ ALSO: Keep calm, it’s Ramadan