U19 WC: India stroll into final with 10-wicket win over Pak 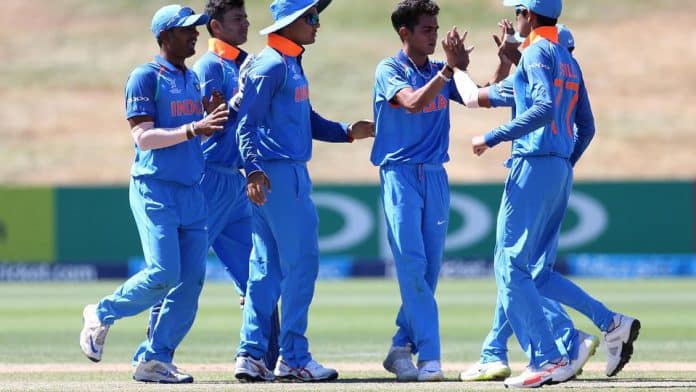 India on Tuesday strolled to the final of the 2020 ICC U19 World Cup with a 10-wicket win over Pakistan here. In what is the first ever 10-wicket win in knockouts of the U19 World Cup, Yashasvi Jaiswal scored a century as he and opening partner Divyaansh Saxena helped India chase down a target of 173 without losing a wicket.

After the bowlers dismissed Pakistan for a paltry 172, Jaiswal led the way with Saxena playing second fiddle. His century, and India’s winning runs, came with a six in the 36th over off Aamir Ali over deep midwicket. It was the fourth six of his innings which also included eight fours.

Jaiswal in the end scored 105 off 113 balls and additionally took the crucial wicket of Pakistan opener Haider Ali earlier in the day just as the latter and his captain Rohail Nazir looked to be on their way to resurrecting the faltering Pakistan innings.

Divyaansh was unbeaten on 59 off 99 balls and his innings included six fours.

Among the Indian bowlers, fast bowler Sushant Mishra was the highest wicket-taker with three scalps. Pacer Kartik Tyagi and Ravi Bishnoi took two each while Atharva Ankolekar and Jaiswal had one each.

They will now face either Bangladesh or New Zealand whose semi-final match will be played on Thursday. The final is scheduled to be played on Sunday.