These ancient and modern buildings stand as testimony to human ingenuity, imagination, creativity and craftsmanship. 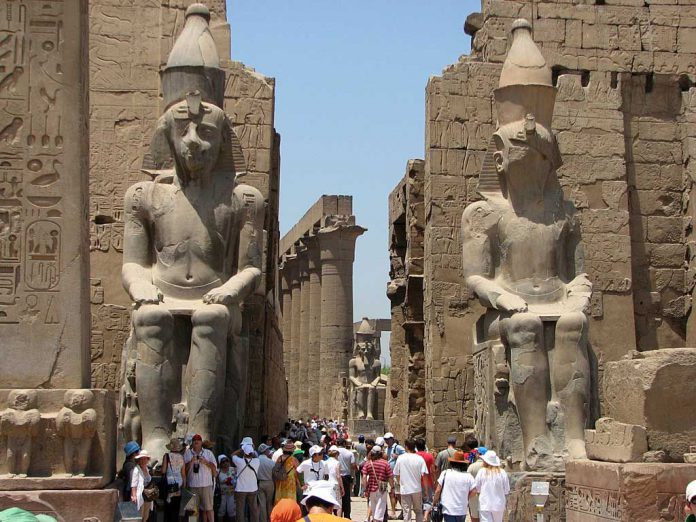 Reading Time: 3 minutesFor nearly four weeks my wife and I were on the road touring three countries with ancient civilizations that have gone under and a modern city that is rising from the desert with towers reaching dizzying heights.

The first three countries – Greece, Jordan and Egypt – are dotted with massive stone monuments in classical styles dating back to 2000BC whereas the city of Dubai has grown in the past 50 years from a hamlet to a stack of cloud-kissing glass towers projecting a ‘glassical’ image.
Separated by some 4,000 years, nothing on this planet could be more contrasting than these ancient and modern buildings and yet they stand tall – figuratively and literally – as testimony to human ingenuity, imagination, creativity and craftsmanship. Those ancient Greco-Roman monuments with colossal stone columns and bulky lintels will make anyone wonder how on earth humans could build such humongous houses for their gods without any mechanical devices.

Sadly, many of the monuments are in ruins, showing the other side of human character – the destructive side. Most of the wreckages had been caused by invading armies and the spread of new religions leading to the wilful neglect of pagan gods’ domains. Greeks and Egyptians, like the Hindus, have had various gods until Christianity and Islam were established in Greece and Egypt, respectively.
Nature’s fury in the form of earthquakes also had a major role in knocking and burying them under mountains of dirt. Parthenon (Athens) Olympic stadium (Olympia), where the first ever Olympics were held in 776 BC, Apollo and Zeus temples (Delphi) in Greece, Oval Plaza with over hundred columns in a semi-circle (Jerash in Jordan) and the grand temples in Luxor, Edfu and Philae (Egypt) today are just skeletal remains of what they were in their halcyon days. Yet, they draw millions of tourists a year. Thankfully, the Pyramids of Giza, the oldest of them all, still stand in their original glory.

As avid watchers of TV documentaries on human civilizations, my wife and I wanted to see all the ancient and modern wonders before we ourselves became ancient, with Parthenon, Petra and the Pyramids remaining on our bucket list.
Our original plan to visit Egypt, Jordan and Greece in that order was reversed by the tour company’s schedule which turned out a blessing. As we moved from one monument to the next, each one proved to be more spectacular than the previous one in grandeur and craftsmanship, particularly the Luxor temples where not a square inch is devoid of intricate carvings of birds, animals, hieroglyphics, pharaohs and their signature cartouches.  Patches of original colours of paintings on the ceilings have outlasted the havoc of weather and time.
The colossal Abu Simbel statues were relocated in the 1960’s – it was like dismantling Ayres Rock in several pieces and re-assembling it a mile away – to prevent them from being submerged in the proposed Aswan High Dam.

Without sounding like a tourist promotion officer, I daresay a visit to this part of the globe opens your eyes to the creative and constructive capabilities of humans from times immemorial. Present day reality is exactly the opposite, unfortunately. If only a fraction of the billions spent on civil wars could be used in restoring these irreplaceable monuments, what a great gift they would be to appreciate human creative capabilities.