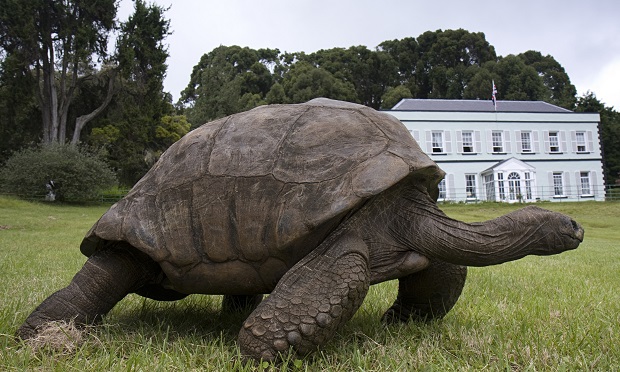 Reading Time: 4 minutesIf you thought the average lifespan of a living creature is a few decades, think again

In our quest to find the oldest living life forms on this planet we made some fascinating discoveries. At the risk of taking out the spoiler award, let’s just say there are some ultra-centenarians, some immortal species and some millions of years old, pre-human living entities still sharing oxygen with us!

The oldest surviving fruit tree planted by man with an identified planting date is a fig tree in Anuradhapura, Sri Lanka. The Jaya Sri Maha Bodhi is the sacred tree grown from a sapling of the Bodhi Tree under which Lord Buddha received enlightenment. Planted in 288 BC, this ancient tree is well protected by authorities and is revered by Buddhists all over the world.

Born on 5 March 1898, Japanese super centenarian, Misao Okawa, is the world’s oldest living woman. At 116 years old, Misao is verified as the oldest ever Japanese person, the oldest person born in Asia and the sixth oldest person ever. Although Misao now resides in a nursing home, she was able to do leg squats until the age of 102 and walk unaided until 110. She currently uses a wheelchair but is still able to propel herself.

The horseshoe shrimp holds the title of the oldest living species on earth that has existed unchanged for 200 million years. Pre-historic fossils of an animal exactly like it confirm that the little creature has been unmarred by evolution. During dry spells, when the water in pools where they live dries up, the adult shrimps die, but their eggs have the ability to survive in the sand for up to twenty years. This survival technique could be the key to the unevolved longevity of this species.

Born in 1832, Jonathan, the Seychelles giant tortoise is the oldest living reptile in the world. Jonathan belongs to the government of Saint Helena and resides in the grounds of the Governor’s House. He was brought to the island in 1882 along with three other tortoises at the age of 50. At 182, Jonathan is still going strong and could possibly break the record set by Adwaita, the giant tortoise from Kolkata, India who, at 255 years, was among the longest living animals on the planet until his death in 2006.

Over 250 million years old and still alive! That’s Bacillus 2-9-3, a bacteria that was found trapped in suspended animation inside pre-historic salt crystals buried almost 2000 feet below ground in a cavern in New Mexico. The American scientists who managed to revive them claim they are the world’s oldest living things. Bacteria are equipped with the ability to combat harsh conditions and exist in suspended animation for long periods of time by forming resistant structures called spores.

Wisdom, a Laysan albatross turned 63 this year, making her the oldest known wild bird in the world. Studies show that Laysan albatrosses don’t usually live beyond their 30th birthday which is why Wisdom, who gave birth to a chick recently on Midway Islands, has been perplexing scientists with her unusual age and the ability to give birth so late in life. She was tagged in 1956 and has since flown more than three million miles.

Super centenarian, Sakari Momoi of Japan has been verified by Guinness World Records as the oldest man living. Born in 1903, Momoi turned 111 this year. He was born a day after Alexander Imich who, also 111, held the title of the oldest living man until his death earlier this year. Momoi told reporters last year that he wished to live for two more years.

3. Living fossils
Living things continually evolve through the ages and how most of them look like today is very different from what they started out. This makes the horseshoe-crab a unique creature as it has remained virtually unchanged for over 445 million years. They are considered ‘living fossils’ and one of the oldest living animals on the planet. Thought to be from the Ordovician period, the crabs live near shallow ocean waters where their population is now being threatened by human activity.

Turritopsis dohrnii, a tiny jellyfish discovered in the Mediterranean Sea in 1883, can age backward from a mature stage to a baby, qualifying as being immortal. Normally the dohrnii reproduces and dies like other mortals, but if faced with life threatening conditions like starvation, instead of dying it can transform into a baby, time and time again! Itturns into a cyst which develops into a polyp, the first stage in jellyfish life. Then, through asexual reproduction, it can produce hundreds of clones of its adult self. This unique ability is helping the Turritopsis dohrnii spread in oceans all over the world in swarms.

A Great Basin bristlecone pine named Methuselah, growing in the White Mountains of Invo County, California is said to be 4846 years old. It was reputed to be the world’s oldest known living non-clonal organism until 2013 when the title was clinched by another 5056 years old bristlecone pine discovered in the same area. Methuselah, however, continues to fascinate scientists and the public, and in order to protect it the Forest Services keep its exact location a well-guarded secret.

- Advertisement -
Share
WhatsApp
Facebook
Twitter
Linkedin
Previous articleWhat aspiring politicians can learn from Modi
Next articleHave you got your Modi kurta sorted for the 17 Nov event?