Following a 4-1 loss in their match with England, the Indian team has much to prepare for in their upcoming tour of Australia 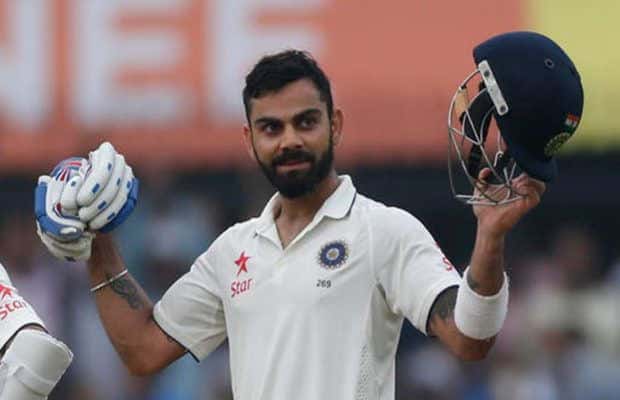 Reading Time: 3 minutesAs Virat Kohli looks back on his latest tour of England, he may well feel at least some degree of satisfaction – after all, having scored more than a third of his team’s runs in the Test series and putting behind himself at last his tortured past in English conditions, he has won the right to do so. Yet Kohli will be rueful too. It was, despite his personal successes, overwhelmingly a tour of “what ifs”. What if India had managed to seize the key moments in the series? What if their team selections had been more astute? What if injuries hadn’t cruelled his swing spearhead and lead spinner?

Ultimately, the 4-1 scoreline flattered England, but that will give India little comfort; as Indian fans become increasingly restless with the team’s performance outside the subcontinent, so too they will begin demanding results rather than mere competition. With a tour of Australia looming large on the horizon – one which, particularly given the current state of the Australian team, has the potential to be a watershed moment for Indian cricket – the kinks need to be ironed out, fast.
Opening up
Despite its woes in England, India’s batting line-up is unlikely to change materially by the time the first ball is sent down in Adelaide in December. Pujara must bat at 3, Kohli at 4, and Rahane at 5, with either Pandya or Vihari at 6. Each must bat without feeling the pressure of being dropped: an Indian Test batsman certainly does not need any more weight on his shoulders.
However, at the very pointy end of the order, matters are less certain. It is one of those strange but fantastic quirks of Test match cricket that, over the course of the exhilarating highs and crushing lows of a long Test series, a team’s entire make-up can be turned quite dramatically on its head.
Rahul, who began the series batting at 3 but was eventually pushed up the order, is suddenly the most assured of all opening candidates, having notched up a stunning second-innings century at The Oval, and with excellent credentials against Australia at home and abroad. Meanwhile, Vijay, who was by some distance India’s best batsman in the 2014 England tour – was discarded after just two Tests. Dhawan, who was himself dropped after the first Test, also continues to flatter to deceive in overseas Tests. Either will feel hard done-by to miss out, but three cannot fit into two.
Keeping the faith
The modern-day wicketkeeper must not just keep – he must score runs quickly during the good times, knuckle down and stymie batting collapses during the bad, and mix aggression with steadiness when batting with the tail. It is a role that the English keepers Bairstow and Buttler played with precision over the English summer.

If there was a singular point of failure in the touring Indian side – and it is perhaps unfair to pick one – it was the performance of the team’s replacement wicketkeepers in each of the live Tests. Dinesh Karthik was nothing short of abysmal at Edgbaston and Lords, scoring 21 runs in 4 innings including two ducks. Pant, though a precocious talent, barely fared better, scoring 43 runs in his first 4 innings before a barnstorming century in the dead rubber offered a glimpse into a bright future.

Once he recovers from injury, Wriddhiman Saha can be quietly confident of adding to his 3 Tests down under.
A problem of plenty
At a glance, India’s fast bowling stocks have never looked healthier. It is safe to say – although impossible to prove – that never in history have four Indian seamers bowled faster than each of the opposition seamers, as was the case in Trent Bridge.
India’s main problem in Australia will be deciding who sits out between Kumar (who returns from injury), Bumrah, Sharma and Shami. Of course, India could play four quicks, but this would mean sacrificing lower-order runs, a critical commodity on the unforgiving Australian pitches. Three seamers and Pandya, too is an option – but Pandya’s tale is one of feast or famine, and India may instead opt for a more modest but reliable meal in a pure batsman.
For a change, India’s spinners do not pick themselves. Ashwin’s performance in England – like his performances in Australia – left much to be desired, particularly being comprehensively outbowled in favourable conditions at the Ageas Bowl by England’s Moeen Ali. Jadeja’s record in Australia, too, is miserable.
This could mean giving left arm wrist spinner Kuldeep Yadav – who mystified the touring Australians in the previous edition of the Border-Gavaskar Trophy – a more extended run in the side.
Excited for the summer of cricket? We’re gearing up for the biggest party in Australia, and we want to see you there! Follow Indigo Crew on Facebook and @indigo.crew on Instagram for exciting offers and promotions and the latest Team India updates.