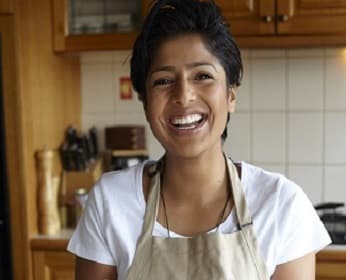 Slurp! Tea-mad patrons aren’t able to stop at one-cup when the concoction is brewed by Melbourne-based Uppma Virdi – a tea blender by passion and a corporate solicitor by profession.
Virdi’s chai recipe is a gift her grandfather, from the Punjabi city of Jalandhar, passed down to her. Each time she uses it in her blend, tea-drinkers can’t get enough.
In fact, tea is the second most widely consumed beverage in the world (next to water). ‘Chai’ is a popular word for tea used in many parts of the world, especially in India where it is an integral part of our culture.
“It is a beverage that you should feel in your throat and stomach, not just the tongue,” Virdi emphasises.

In the last couple of years, Virdi, 26, has not merely launched her brand Chai Walli (a term for a female tea maker), but has turned it into a lucrative business.
Sydneysiders had the chance to enjoy an insightful chai making session in the hands of Virdi during her ‘Bespoke Chai Blending’ workshop at the recent Sydney Tea Festival, the largest tea event in Australia, held at Carriageworks in Eveleigh.
The sold-out workshop provided participants an insight into Virdi’s use of tea. She demonstrated to participants how to brew an authentic cup of chai – spices should be crushed with a pestle, and not ground. Virdi sells two types of chai, black tea with caffeine and caffeine-free. The mixes are infused with 11 spices, including fennel seeds, cardamom, cinnamon, aniseed and ajwain.

“Fennel is thought to prevent gas and helps digestion; cardamom to open up the lungs; and star anise is for coughs and colds,” she explained. Blends of these were served for tasting at the Chai Walli stall, and tea-drinkers of all ages flocked to her stand, eager to treat their palettes to delicious chais and treats.
When she was younger, Virdi lived and studied in Graz, a small town in Austria. People from different nations would gather to savour the aromas of her chai. Her kitchen would be crowded with Europeans drinking tea while sharing stories and laughter. Those chai sessions bloomed into lifelong friendships and she earned the nickname Chai Walli.
“I had a moment where I realised that I needed to share my family chai blends and knowledge of authentic chai,” Virdi said. “In Australia, there aren’t many places that brew chai the Indian way.”

The chai queen is seen as a trendsetter in the tea making business, and her name is synonymous with the local tearooms and tea shops of Melbourne. Hers is an online business that wholesales across Australia to around 100 outlets, including shops, cafes and supermarkets, with stock travelling as far as Malaysia.
“Business is good,” Virdi revealed. “What I’m doing is quite unique in the sense that I started sharing a story and not a product. The product came second, and with the product no one is really doing chai the way I am doing it, so I don’t find any competition. When you love something so much, you don’t really look at the competitors – they don’t really matter.”

Indians have a rich culture of tea making which Virdi feels should be shared with the world.
“We have so much of our culture to do with tea. Come to think of it, everything that we do has chai involved; it’s our way of coming together,” she said.
Virdi has been an invitee of the Australian government to speak on how to market Indian tea to Australia. She also collaborates with the Tea Board of India on the promotion of tea consumption for Australian markets.
Like most aspiring entrepreneurs, Virdi has seen her share of challenges. Her parents were sceptical of the idea of a woman managing a tea business and running it successfully.
“For a lawyer in practice, to be a chai walli is construed to be derogatory, it’s more like a lower class term,” she laughed. “That’s why I called it Chai Walli, because I wanted to educate people to understand that even the chaiwallas and wallis in India are entrepreneurial, although they might not have had an education.”

Uppma Virdi has big plans ahead for Chai Walli.
“It is growing quite quickly and I see myself becoming the ‘Chai Guru’ of Australia, and that’s where I’ll keep going!” she remarked enthusiastically.
Earlier this year in May, she also participated in the Melbourne Tea Festival.
Both offered different experiences, she observed. “I find that Sydneysiders were there for the love of authentic chai and tea, whereas in Melbourne we had a lot of people interested in the diverse uses of chai such as our chai candles, chai infused desserts and chaiware. But the turnout at both festivals has been exceedingly good and it has bumped up our business up to another scale.”
Keeping pace with both her jobs has been challenging, though.
“But I’m happy with the balance I have and the support I get from my Chai Walli team,” she said.
Her employer is fully supportive of her entrepreneurial spirit, and wants her to pursue it. “As a commercial lawyer I’m lucky to be in a workplace that respects and embraces my business,” she concluded.