Coming as a prequel to the cinematically-adapted worldwide bestselling 'The Hunger Games' series by author Suzanne Collins, a new novel 'The Ballad of Songbirds and Snakes' revisits the fictional world of Panem, 64 years before the main storyline 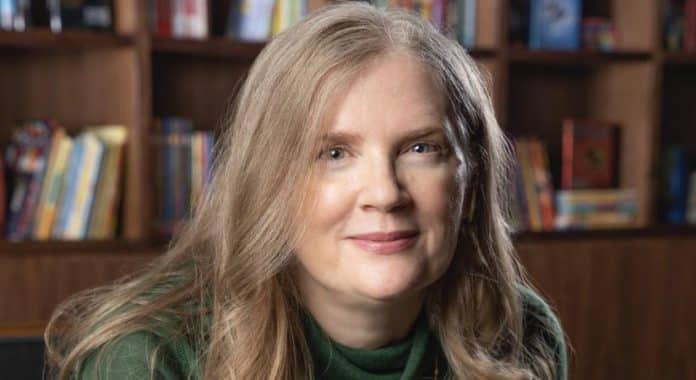 Coming as a prequel to the cinematically-adapted worldwide bestselling ‘The Hunger Games’ series by author Suzanne Collins, a new novel ‘The Ballad of Songbirds and Snakes’ revisits the fictional world of Panem, 64 years before the main storyline.

The novel was launched in India on Wednesday by publishing group Scholastic.

The much-anticipated new novel in the series comes a decade after the first new Hunger Games book since ‘Mockingjay’, published in 2010. With a World English first printing of 2.5 million copies, ‘The Ballad of Songbirds and Snakes’ has been released in print, digital and audio formats by Scholastic in India.

According to the publisher, it will revisit the world of Panem sixty-four years before the events of ‘The Hunger Games’, starting on the morning of the reaping of the Tenth Hunger Games.

The book will centre on the reconstruction of the period known as the Dark Days that took place following the First Rebellion, the civil war that was fought between the districts and the Capitol.

The author Suzanne Collins, in a statement from Scholastic, explained her overall motivation for the book this way: “I wanted to explore the state of nature, who we are, and what we perceive is required for our survival. The reconstruction period ten years after the war, commonly referred to as the Dark Days – as the country of Panem struggles back to its feet – provides fertile ground for characters to grapple with these questions and thereby define their views of humanity.”

“Returning to the world of Panem is an exciting proposition for readers of all ages. Ten years after the publication of ‘Mockingjay’, this new novel promises to answer, and raise more questions and debate for fans across the world. With the first run of 2.5 million copies of the English edition, we’re confident that The Ballad of Songbirds and Snakes will create the whole new fan base and provide something for the die-hard Hunger Games fan as well,” Shantanu Duttagupta, Publisher, Scholastic India said.

The first three “Hunger Games” books a” “The Hunger Games,” “Catching Fire” and “Mockingjay” have sold more than 100 million copies and have been translated into more than 50 languages. The new prequel book already has a film adaptation in the works, to be directed by Catching Fire and Mockingjay Parts 1 and 2 directors Francis Lawrence, Scholastic said.