The health of communities 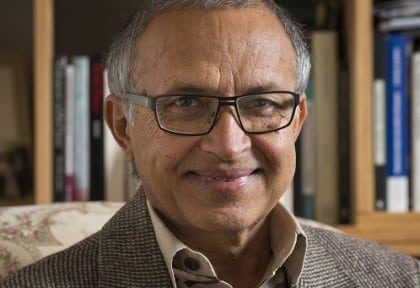 Dr Mahomed Said Patel has been honoured with the OAM for his services to medicine, especially in the field of epidemiology.
Currently working as an Associate Professor for the Master of Applied Epidemiology (MAE) Program at the Australian National University, Dr Patel is being recognised for his services to the Australian Field Epidemiology Training Program and for his contributions to a range of organisations including WHO, DFAT, Asian Development Bank, ASEAN, Secretariat of the Pacific Community and to Ministers of Health in China, India, Vietnam and Malaysia.


“Not many people understand what an epidemiologist does,” Dr Patel observed while speaking with Indian Link. “Instead of looking after individual patients, an epidemiologist looks after the health of whole communities by gathering data, digging out the root cause of the problem and offering preventions for the greater population.”
Dr Patel was born and raised in South Africa. Growing up as a third-class citizen during the apartheid, I appreciate my good fortune in being able to go to university,” he recounted. “When he realised at university that the main diseases were the diseases of poverty, I decided my career would involve looking at poverty from the health perspective.”
He left South Africa for Australia in 1974.
Elaborating on his MAE program, he said, “It is an innovative way of teaching people about public health. We teach doctors, nurses, laboratory workers, heart specialists and psychiatrists who want to switch to working at a community level.  They undergo a two-year course where they are based in the government health department and work on real problems.”
Dr Patel shared, “In Australia I have worked with marginalised communities in Alice Springs and in PNG. My focus was diabetes which is a huge problem in Aboriginal communities.  Then the opportunity presented in Canberra to look at a new way of approaching infectious diseases. Once the program was up and running I spent time in Asia and the Pacific Island countries, analysing ways to strengthen the capacity of their health workers.”
Similar programs have been set up by him in China, Vietnam and Malaysia. Dr Patel’s aim is to develop a country’s own capacity to identify threats and respond to them effectively.
He believes that with the climate changing rapidly, we will be facing more dangers like Ebola, flu epidemic and SARS. “Infectious diseases are going to be a major threat in the future, so it is my mission to make countries better prepared to handle them.”
When what the OAM honour means to him, Dr Patel reflected, “Professionally, it is great to know that my colleagues recognise my contribution. It is an affirmation of the fact that my work is on the right track and is making a difference. This encourages me to continue and increase the momentum.”
Talking about inspiration Dr Patel said, “I draw my inspiration from my life, my childhood and looking at all the champions around me who wanted to do something about poverty and suffering.”
His future aspirations are to help poor nations develop the capacity to combat disease and to investigate why the poorer countries are more at risk of epidemics. He wants to draw attention to the fact that developed countries can do a lot more than just give money to strengthen the health system in poor countries. Dr Patel believes there are two ways to handle this issue. One is to increase the capacity of the health system, and the other is to do more to stop rich countries exploiting the poor.
“These are the challenges we have to work on if we’re serious about health in the poor countries. We have to work hard to bring about change,” concluded Dr Patel.
- Advertisement -
Share
WhatsApp
Facebook
Twitter
Linkedin
Previous articleSustainability hero’s diaspora passions
Next articleWelfare warrior