The greatest gift of all 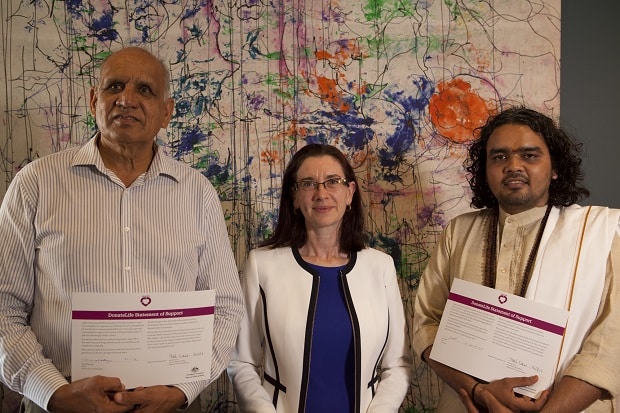 At any one time, more than 1500 Australians are on official transplant waiting lists, hoping they’ll be one of the lucky ones to receive an organ transplant before it’s too late.

Dr Gopal Taori, an intensive care specialist originally from Maharashtra but practising in Australia for the past ten years and currently working for the Monash Health Network, is a passionate advocate for organ donation.

“I see both sides of the story,” Dr Taori says. “I see those with organ failure who are on a long waiting list, patients dying while waiting. On the other hand, I see families who are going through a difficult time, with a potential lack of knowledge about organ donation. I feel it is important to help facilitate organ and tissue donation, to help people better understand the process.”

Dr Taori says the most common questions about organ donation come from grief-stricken family members who want to ensure their loved ones are not harmed and do not experience any suffering. “The organ donation process usually takes place after a catastrophic event or accident, and everything occurs in a short time. People need to know we are trying to keep the patient alive as our first priority, but after death, their organs can help someone else.”

Dr Taori says families in a state of shock often use religion as an excuse, with organ donation the last thing on their minds. But each person who donates their organs can save up to ten lives.

Hindus believe that the physical body is mortal and perishable, while the soul is immortal and imperishable. Dr Taori, a follower of Hinduism, does not see any conflict between religion and organ donation.

“There is a culture of fear and misunderstanding around the organ donation process,” he says. “When it is explained to people, either in a hospital environment or the community, people are exceptionally receptive to the information.”

President of the Hindu Council of Australia Nihal Agar confirms organ and tissue donation is compatible with religion. “The Hindu texts do not provide specific guidance or direction on this matter, ” he says. “There is no moral or ethical dilemma for Hindus wishing to donate their organs.”

CEO of the Organ and Tissue Authority (OTA) Yael Cass said the authority recognises faith is an important aspect of how people live their lives and make important life decisions. “The OTA understands the significant roles that faith can play for many people,” she said. “In reaching out to the major religious leaders through the Donate Life…the greatest gift campaign, we have gained a mutual understanding about organ and tissue donation and forged close partnerships.”

Dr Taori encourages everyone to talk more openly with their family members and friends about organ donation. “There are concerns, especially from members of the Indian community, about the process. People want to make sure there isn’t some ‘black market’, that their loved one’s organs go to the right person,” he says. “They’re used to the Indian healthcare system, often a corrupted process, so they have misgivings, but here in Australia organ and tissue donation is highly regulated.”

When asked if he has had the conversation with his own family, Dr Taori replies, “My whole family are listed as organ donors. I wouldn’t get into this if I didn’t believe in it myself.”