The business of music 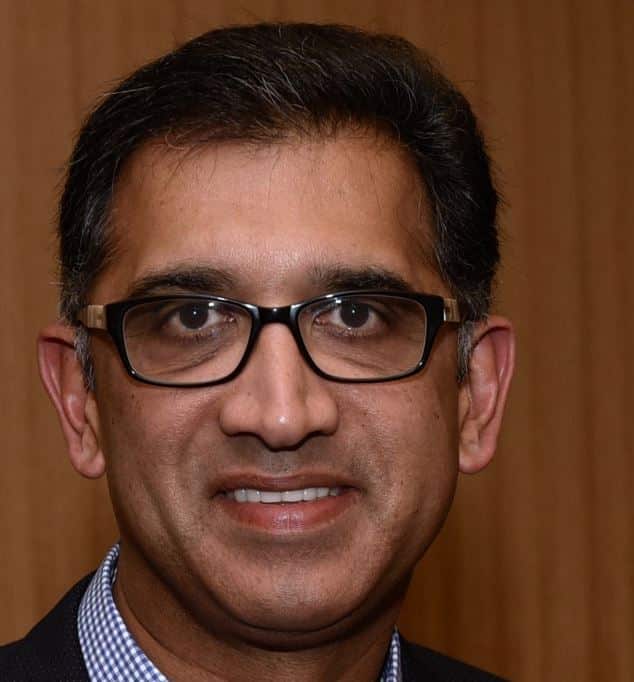 It is a well-known fact that music blurs boundaries, transcending cultural and linguistic barriers.
When Melbourne-based entrepreneur Harish Rao was invited by the newly-formed Australian World Orchestra (AWO) to forge links with the Indian community ahead of Zubin Mehta’s iconic visit, little did he know that this was only the beginning of a long lasting and deeply fulfilling relationship. The association has grown well beyond classical music, presenting new opportunities for bilateral ties between the two nations.
The Chennai-born Rao has recently been appointed chair of the AWO. The announcement follows a highly successful local season with maestro Riccardo Muti as well as a return tour of India in September, with concerts in Chennai, Mumbai and Kochi as well as outreach programs.


Since its inaugural concert series in 2011, the AWO has established itself as a fine platform for the best of Australia’s national and international musicians, while also nurturing young talent.
“We’re tremendously excited to welcome Harish in his new role as chairman,” AWO artistic director Alexander Briger AO stated. “His expertise in business and international relations, coupled with his passion for the Australian World Orchestra’s vision will prove invaluable as we continue to grow our reputation as a world leading orchestra,” he added.
A Patron of AWO since 2012, Rao is currently the global head of business development at Sundaram Business Services and serves on many boards including Friends of Asha Australia, Guide Dogs Victoria and Australia India Institute.
The past achievements of the ANU and Monash University alumnus also include roles as Victorian president of the Australia India Business Council, Victorian government Multicultural Business Advisory Council and AIBC national chairman.
“My association with classical music only began 5 years ago,” Rao revealed to Indian Link.
“AWO were keen to associate with the Indian community in Melbourne as they were hosting the renowned Zubin Mehta, one of the greatest conductors who happens to be of Indian origin. I had obviously heard of Zubin Mehta but never actively listened to classical music other than attending the occasional concert. I was happy to help the AWO and connected them with various parties in Melbourne who were able to assist them. It was then that they asked me whether I would consider being its Patron. My first reaction was, are you sure, because I don’t really know a lot about western classical music? They assured me that that was not an issue and they would love to have my involvement and so I accepted. This was the beginning of my education in classical music and whilst I am still by no means close to having a full understanding, I greatly enjoy the concerts and I guess that is what is important at the end of the day,” he reminisced.
Although somewhat surprised to be asked, Rao is delighted to lead the organisation and hopes to take it to new heights.
So what can we expect under his tenure?

“Resonating from its name, my vision is to make this into a touring orchestra playing in the best venues such as Royal Albert Hall, London, Carnegie Hall, New York, LaScala in Milan among others.”

“The AWO must be associated with Brand Australia and I would seek to have the Australian Government support the AWO in any of the OzFest events that the government runs around the world. The AWO has been touted as the “Socceroos of classical music”, I believe that we need to think big and make this orchestra one of the best in the world! And that is not unrealistic, because some of the best conductors including Zubin Mehta, Sir Simon Rattle and Ricardo Muti have all compared its musicianship with the best in the world,” he proudly pointed out.
“When the idea of the AWO was first circulated, the popular opinion was that it would never work. That though did not stop Alex Briger in following his dream to bring together Australia’s finest musicians to play as one. That dream became a reality and the AWO has grown from strength to strength,” Rao continued, looking back at AWO’s nascent history.
The organisation is quite excited that Director Alexander Briger AO, who is the beneficiary of Sir Charles Mackerras’ scores which are housed at the Royal Academy of Music in London, will use Sir Charles’ scores to conduct Janacek’s Taras Bulba which were last used with the Melbourne Symphony Orchestra in 2003. The AWO will again collaborate with the NSW Regional Youth Orchestra, the flagship orchestra representing the NSW Regional Music Conservatoriums, for tuition and a chamber performance in Sydney. The AWO continues to collaborate with education institutions in NSW and Victoria and looks forward to announcing the details of these collaborations in the New Year.
It is no wonder then that Rao claims he is galvanised by the energy, passion and captivating music of this world-class orchestra.
But arts organisations, AWO included, always have challenges especially in regards to funding, he acknowledged, indicating “we are now at a stage where we need to secure the funding for the AWO over the next 10 years and take it to greater heights.”
Meanwhile, Rao has big aspirations for the Australia-India partnership.
“The time has come for Australian businesses to stop procrastinating and take India seriously – the opportunity is real – and the question is, can Australian business afford not to engage with India,” he asks.
“And the example I give is that if a not-for-profit institution like AWO can go to India twice with nearly 100 players and their instruments and handle the logistics, dealing with local businesses across three cities, why cannot an SME or Corporate also take that same level of risk?”
Building any relationship, for Rao, is a marathon, a long-term play at whatever level the interaction is. And as a strong proponent of cross-cultural diplomacy, he believes there is a bright future that AWO tours can help cement.