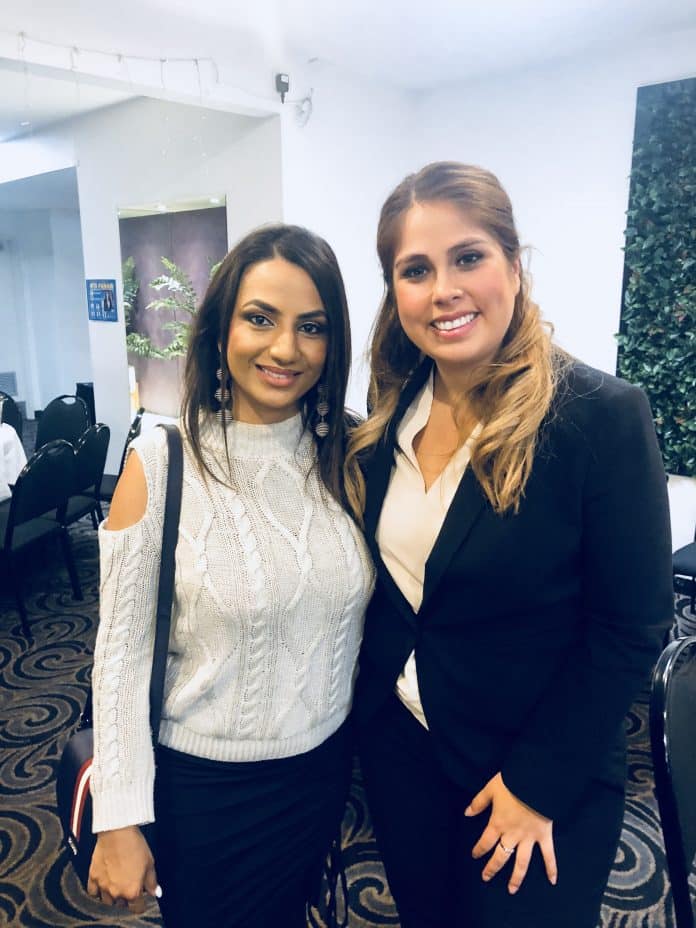 Reading Time: 3 minutesLiberal supporters and members gathered over an early breakfast Q&A recently to discuss issues with firebrand columnist Rita Panahi.
Although the spotlight was on politics, recent issues also triggered much interest. Rita, who is a news blogger turned opinion columnist with Herald Sun, a committed Conservative and host of The Friday Show on Sky News Live, was succinct and relevant with her response.

The American born, Iranian-Australian journalist who is not afraid to call out people or policies has seen a quick rise in the media world with her unbiased and outspoken views.
She gamely took on Liberal Party President Michel Kroger’s queries after he had finished lambasting the current government for its weak laws, course and administration.
The session began with the fundamental question around the right to be held innocent until proven otherwise with reference to the case of Brett Kavanaugh, America’s newest Supreme Court Justice.

Kavanaugh’s nomination by Trump created a nationally divisive controversy in the US due to allegations of sexual assault against him. According to Rita, the activists overplayed their hand in the smear campaign similar to a ‘witch trial’ against Kavanaugh. They found fault with everything possible but it turned out to be counterproductive as the Senate voted to confirm Kavanaugh by a 51-49 margin.
Rita also commented on the orthodoxy of the Left and its dominance that is beyond Government control. According to her, Conservatives are partly to blame for that because when they come to power they do not counter it.
She spent much time discussing how Conservatives and politicians tend to veer left when in doubt. “Conservatives seem to want to appease the left and appeal to people who loathe them,” said Rita.

She added that she would love to see boldness during election campaigns and see candidates that stand up and have different views. She said that candidates should not fear media backlash and cited the example of Trump. “Trump has shown, better than anybody else, that the media can be negated. As a politician he has faced unhinged, feral, relentlessly negative campaign from a large section of media in US. Despite that his approval rating is more than 50% in the last poll,” said Rita.
According to Rita, UK’s Theresa May, who bends over backwards trying to appease the left and be a moderate, on the other hand has scored less.
Rita briefly commented on parent’s apprehension over Labor’s Safe Schools and Respectful Relationships program. She also pointed that the Coalition’s Energy policy needs a stronger differentiation strategy from its opposition to restore confidence.
After the session, a Liberal Party Fundraising auction was conducted, followed by networking and photo opportunities with Rita. The buffet, held at the Sandown Park Hotel in Noble Park, was hosted by Inga Peulich MLC, Shadow Minister for Multicultural Affairs. Liberal candidates Vikki Fitzgerald (Narre Warren North), Susan Serey (Narre Warren South), Darrel Taylor (Keysborough) were among other southeast metro candidates present.
Inga also took the opportunity to introduce Coalition candidates from various multicultural backgrounds. Gandhi Bevinakoppa from Clarinda, Virosh Perera, Candidate for Dandenong, and Kuldeep Kaur, recently endorsed candidate for South East Metro, were among those that addressed the audience.