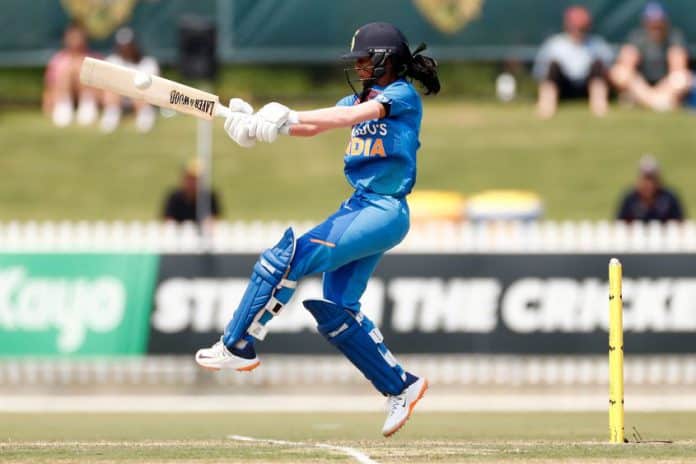 The Indian women’s team on Tuesday registered a thrilling two-run victory over West Indies in their final warm-up fixture ahead of the T20 World Cup in Australia.

After setting a small target of 108, the Women in Blue came out with a brilliant bowling performance and restricted Windies to 105/7 in their allotted 20 overs at the Allan Border Field.

Opting to bat, the Harmanpreet Kaur-led side never got any momentum during the course of their innings as they lost wickets at regular intervals and could manage 107/8. Shikha Pandey and Deepti Sharma contributed with 24 and 21 and helped the team cross the 100-run mark.

For West Indies, Shamilia Connell and Anisa Mohammed scalped two wickets each and were quite economical as well.

However, the Indian bowlers came out with a much improved performance and kept the pressure on the Windies batters from the word go.

Right-arm leg-spinner Poonam Yadav was the chief tormentor as she picked up three wickets in her four overs. Lee-Ann Kirby played a well-compiled knock of 42. However, her efforts didn’t prove enough as the Stafanie Taylor-led side fell short by two runs.

During the course of the game, Shakera Selman hurt her neck while taking a catch and was sent to the city hospital for precautionary scans.

India’s first warm-up fixture against Pakistan was washed out on Sunday.

The team will open their T20 World Cup campaign against defending champions Australia on Friday in Sydney.