Wish upon a star

How the Starlight Foundation brightened up little Vishwa’s life. 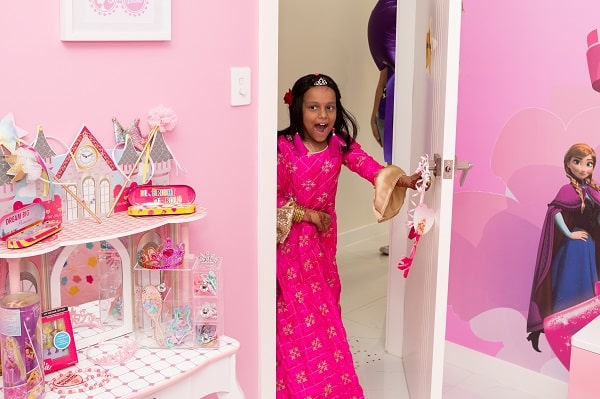 For seven-year-old Vishwa Solanki, who has spent more of her life in hospital than anywhere else, the Diwali just passed has been a very special one.

Her wish for a ‘princess room’ was granted, and she was thrilled when she saw it upon her return from another bout in hospital.

“Now I have somewhere that is beautiful to sleep – it’s nothing like the hospital,” Vishwa says happily.

Her wish was realised thanks to the Starlight Children’s Foundation, which works with seriously ill kids bringing them fun and happiness that has a lasting positive impact on their lives. 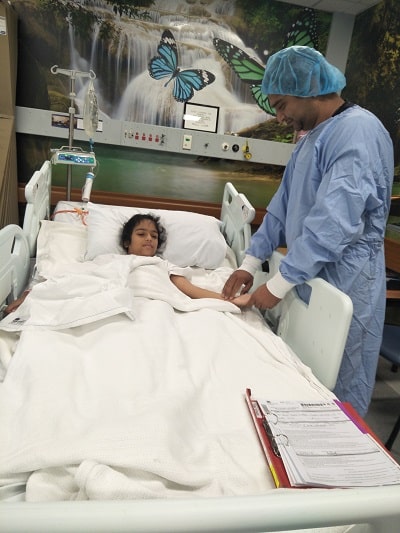 Vishwa’s mum Mital said, “Starlight has changed our lives; it has brought happiness out of a situation of sadness.”

At just two weeks old, and after three hard days in the ICU, Vishwa was sadly diagnosed with the kidney disease Congenital Nephrotic Syndrome. She spent the first few months of her life in The Children’s Hospital at Westmead.

“It was a big shock for us,” Mital recalled to Indian Link. “It was very hard to see Vishwa in the ICU and hospital for the first few of months of her life.”

After being discharged, Vishwa returned to the hospital four times a week. Doctors told the family that Vishwa would need a kidney transplant. Vishwa’s grandmother, ‘Nanima’, travelled from India to Australia to be the donor for her four-year-old granddaughter. Mital revealed that they now share a very special bond.

Though positive from the aftermath of the surgery, Vishwa was sadly diagnosed with another life-threatening condition earlier this year. Increased time in hospital resulted in Vishwa not being able to attend school. She missed her baby sister Rishwa, and cooking and dancing with her mum at home.

READ ALSO: Bringing cheer to sick children, with a bit of Starlight 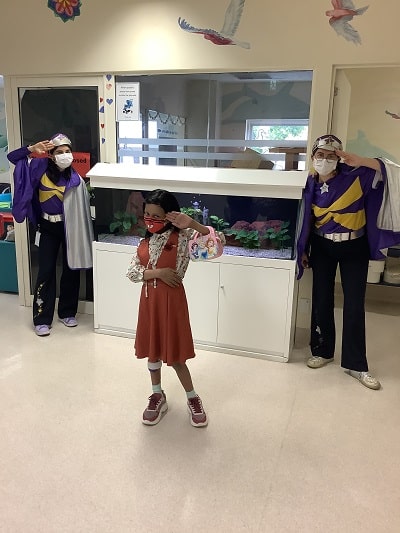 The family discovered Starlight during the long days in hospital. Its volunteers, named ‘Captain Starlight’ helped Vishwa to simply enjoy being a kid in times of worry and uncertainty.

“Captain Starlight is so beneficial for kids’ emotions,” Mital said. “As soon as Vishwa sees the Captains, she’s her old self again.”

Happiness also arrived when Vishwa was granted her Starlight Wish. As Vishwa loves playing princesses she wished for a princess room for her and her sister. The anticipation and excitement helped Vishwa through the tough days at the hospital.

“She loved planning every element of her dream room, from the princess dressing table to the pink cushions,” Mital divulged. “It gave her something fun to do in hospital.” 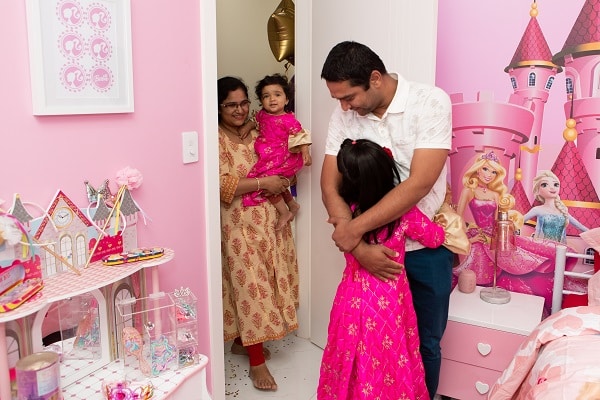 Vishwa was very excited when she saw the finished room just days before Diwali. She now loves to play princesses with her little sister and friends and share photos of her new room.

Her parents are thankful that the double celebration will give Vishwa many happy memories. The Wish coinciding with Diwali has added lots of colour and light in her life. Mital is very thankful to the Starlight community.

“A very big thank you. Vishwa’s Starlight Wish is like a big Diwali present for our family at such a special time of year. We could never have done this on our own. Starlight has changed our life; bringing us out of the sadness feels like a new life for us.” 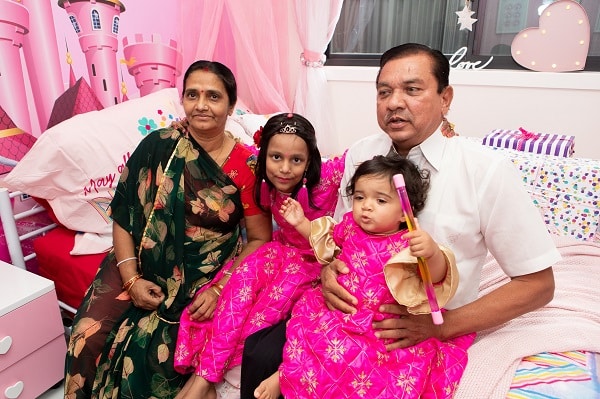 Starlight Children’s Foundation work closely with their hospital and healthcare partners to deliver happiness to hospitalised children in Australia. Starlight CEO Louise Baxter says, “Being seriously ill shouldn’t mean missing out on the fun of childhood, especially when evidence shows happiness helps kids bounce back after going through tough times”.

By Christmas 2020, Starlight will have granted more than 350 life-changing Starlight Wishes, provided over 113,000 positive Captain Starlight experiences, and broadcasted over 16,000 hours of Starlight TV to hospital wards.

Vishwa’s Princess Room is part of the Starlight Children’s Foundation 2020 Christmas Appeal. The appeal is currently attempting to raise $1.3 million to help bring happiness to more than 30,000 sick children in hospital and the community this Christmas.

You can donate by visiting starlight.org.au/Christmas to give the gift of happiness to sick children this Christmas.

READ ALSO: Children may need to be vaccinated against COVID-19 too. Here’s what we need to consider