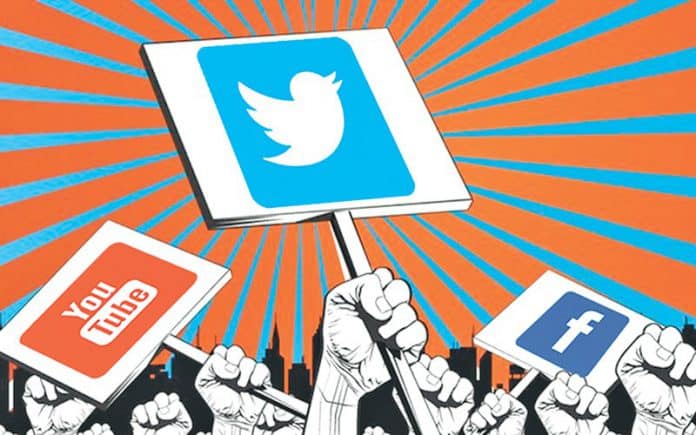 Reading Time: 3 minutesIn just under a year, India will go to the polls with its next general elections.
Last time round in 2014, there was much excitement in the lead up to the elections due to the expected dominance of the Bharatiya Janata Party over the Congress. For the first time then, the major political parties used social media as a tool to attract voters, spending between 2-5% of their electioneering budgets in this sphere. Market research companies have set the amounts at INR 500 crores (AUD $100 million) and INR 400 crores (AUD $80 million), respectively.

This spend will be vastly increased as younger voters join the electoral rolls. Observers have noted that Prime Minister Narendra Modi, a clever user of social media, has already reached out to this new electoral bank. In 2017, when he delivered his shortest Independence Day speech from the ramparts of the Red Fort, it might well have been directed to a generation whose attention span is shorter and lifespan longer than its predecessor. His eye might have been set on those born between 1997 and 2001. In the 2019 Look Sabha polls, these very individuals will be exercising their voting rights for the first time in a parliamentary election.
Modi had said then, “January 1, 2018 will not be an ordinary day – those born in this century will start turning 18. For these people, this is a decisive year of their lives.”
While the traditional rallies and loudspeakers, posters and banners will still be at play, it is expected that social media will play a large part to woo voters and also turn them away from the opposing party.
Though more than half of India’s population still does not have access to the internet, India is considered to be among the top five countries in terms of growth of the internet users. It is estimated that India has 462 million active internet users, of which 153 million are active social media users. The active social media users are growing at about 23% per year, with WhatsApp being the platform experiencing the strongest growth, followed by YouTube and Facebook.

With over 200 million users, it is believed that 13.7 billion WhatsApp messages are sent every day. In fact, Indians alone accounted for other more than 20 billion New Year’s Eve greetings set via WhatsApp this year.
In the recently concluded state elections in Karnataka, it is claimed that the two major parties reached 1.5 million followers via 20,000 WhatsApp groups. These elections are being called the ‘WhatsApp First elections’ and the take up of this platform while surprising to many, was not fully unexpected.
Using this platform as a way to spread information – which cannot be verified, which can go viral easily, and which is spread between small groups multiplied by millions – is every political party’s dream of planting incorrect information if they so wish to do. Fact checking is difficult to do and because WhatsApp is such a closed channel, with all messages encrypted between senders, determining the source of false and misleading messages is nearly impossible.
While the social media platforms are developing well, the traditional print media is also strong in India with increasing circulations. In the next election cycle, they will have an important role to play as they report upon and analyse the politics of the nation.