Was it all a rushed decision though, as the government battles other concerns? 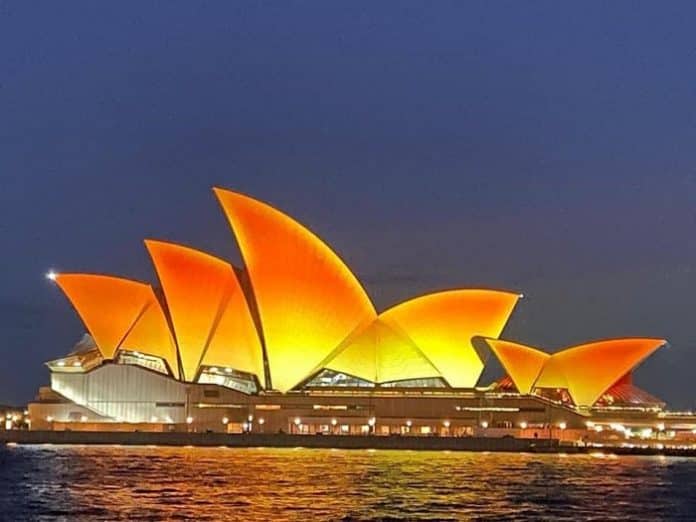 In the year of a ‘distanced Diwali’ (a marked change for many Indians used to the patakas and dhamaka from home) it was a happy surprise to see the Sydney Opera House lit up in orange and yellow this past weekend.

For most of the week leading up to Diwali, many had assumed, perhaps in the spirit of COVID-safe regulations, that there were no clear plans to light up the city’s icon this year.

That is, until the government’s announcement in the late hours of Diwali night, 14 November.

The Sydney Opera House continued its annual tradition, now in its sixth year, of joining the festival of lights.

On the day to celebrate light over darkness in a challenging year for most, the warm gesture symbolised the hope of a better 2021 and strength to take on the challenges ahead.

Unfortunately for many, it was also a sight to behold only on social media.

Without the community being informed well in time, most Indians and Indophiles across Sydney were not able to see in person the Opera House all aglow (while maintaining COVID-safe measures.)

READ MORE: The tyranny of a distanced Diwali

It remains uncertain when the decision to light up the Opera House was made, or how long the sails were lit for. (The official announcement came shortly after 9:00 PM on Diwali night, no doubt when most of the community was deep in family celebrations, followed by a press release close to 11.00 PM.)

Indian Link reached out to Geoff Lee, Acting Minister for Multiculturalism, with these questions.

He did not address the issues raised, replying instead, “We received a tremendously positive reaction, not only in NSW and Australia but worldwide, to the lighting of the Opera House sails for the start of Diwali. This event was videoed and photographed by the NSW Government and promptly distributed to media outlets and social media channels on the same night for circulation.”

It is not clear whether the NSW Premier Gladys Berejiklian herself was present on the occasion.

And so, as the old adage goes – if a tree falls in the forest and no one is there to hear it, does it make a sound?

This year’s festivities were always going to be just a little different but the question of whether a video of the Opera House on social media can replace the in-person experience of it all (including sneaking in a selfie to send back home), remains debatable.

Already, we’ve seen how social gatherings can take place while still being COVID-safe, such as hosting no more than 20 guests at home, or attending an outdoor event with no more than 30 people.

If that’s the case, perhaps a distanced, COVID-safe Diwali viewing of the Opera House could have taken place too?