A project supported by the Blacktown City Council will pay homage to the Sikh efforts in Australia’s military history. 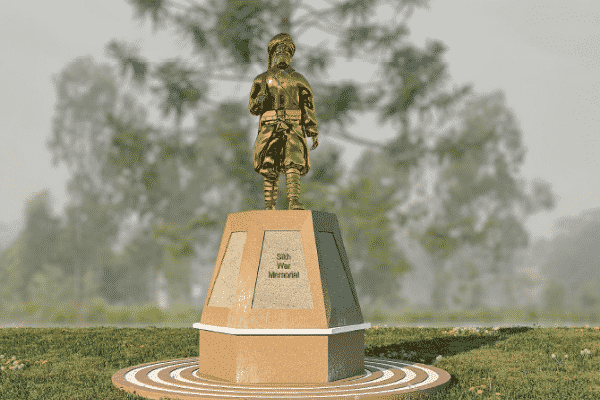 Glenwood in Sydney’s north-west could soon be home to a Sikh Soldiers’ War Memorial.

A tribute to the turbaned soldiers in Australia’s military history, a proposal to this effect has been accepted by the Blacktown City Council and has currently been put out for community consultation.

Mayor of the Council Tony Bleasdale told Indian Link, “Historically, the Sikh community has played a significant part in the British Empire, sacrificing many sons and daughters in war zones on behalf of us all. When a monument was suggested, we were more than proud to offer support.”

Blacktown is one of the most diverse LGAs in Australia, with a significant Sikh community.

“Blacktown is a great city for respect for other groups, and Sikhs are part of the big Blacktown family,” Mr Bleasdale said. “They are extremely generous – having performed exemplary service at times of bushfire, floods and COVID 19. Even as we speak, they are out there supporting those who can’t support themselves.”

Their sense of service will be exemplified in the statue of the unknown Sikh soldier, to be erected, if all goes well, at Glenwood Lake Reserve (cnr of Diamond Ave and Glenwood Drive).

Blacktown Councillor Dr Moninder Singh told Indian Link, “The project was put to Council by the Fateh Foundation, a not-for-profit, with support from the RSL, the National Sikh Council of Australia and Glenwood Gurudwara.”

The process began about a year ago, Dr Singh revealed. And various sites were considered, including an RSL location, before Blacktown Council was approached.

“We hope that the memorial becomes a spot for the community to gather on occasions such as Anzac Day and Remembrance Day, as well as dates of significance on the Indian calendar.”

The Fateh Foundation, who will be funding the memorial, was launched last year. Volunteer Amarinder Bajwa said, “We wanted to highlight the legacy of Indian soldiers, Sikhs in particular, and to let future generations know of their contributions. Our project is seeing support from the Sikh community across Australia.”

Currently a design for the monument is being developed with artists and architects, Bajwa revealed.

Sikh soldiers fought for the British Army in World Wars I and II at hotspots in Europe, Africa, the Middle East and Asia. In Australia, their involvement at Gallipoli, where they fought particularly valiantly, came to light in the early 2000s.

Especially noteworthy is the contribution of the 14th Sikh Regiment. 371 Sikhs fought gallantly to their deaths on June 3 & 4, 1915. Their bravery is illustrated by the fact that Sikhs won 14 of the 22 Victoria Crosses awarded to Indian soldiers.

“In the highest sense of the word extreme gallantry has been shown by this fine Battalion… In spite of tremendous losses there was not a sign of wavering all day. Not an inch of ground gained was given up and not a single straggler came back. The ends of the enemy’s trenches leading into the ravine were found to be blocked with the bodies of Sikhs and of the enemy who died fighting at close quarters, and the glacis slope is thickly dotted with the bodies of these fine soldiers all lying on their faces as they fell in their steady advance on the enemy.”

The bravery and heroism are acknowledged annually at the Anzac Day Parade, at which a Sikh contingent has been marching since 2007.

Much of this unknown part of Australia’s history was unearthed by historians Len Kenna and Crystal Jordan of the Australian Indian History Society.

A war memorial to Indian soldiers already exists in Sydney, unveiled on the eve of Armistice Day in 2018 at Cherrybrook. A project of the Hindu Council of Australia, it has been criticised by Kenna and Jordan for including only Sikhs and Hindu names, not Muslims, Anglo-Saxons or other people of Indian origin who were Anzacs, who served in the Australian Imperial Force and fought for Australia.

A similar UK tribute was unveiled in 2018: a 3m bronze statue of a Sikh soldier in Smethwick, it honours soldiers of all faiths from the Indian subcontinent who fought for Britain during WW1. (Another memorial, the Sikh War Memorial in Coventry bears the Khanda – the military emblem of the Sikhs.)

In 2017, Brisbane got its own memorial honouring Indian participation in Australia’s war efforts. It is housed at Sunnybank RSL.

The Glenwood Sikh memorial, it is hoped, will be the first of its kind in the southern hemisphere.