Sydney’s Preeti Sawrikar has converted her love for succulents into a fundraising effort. 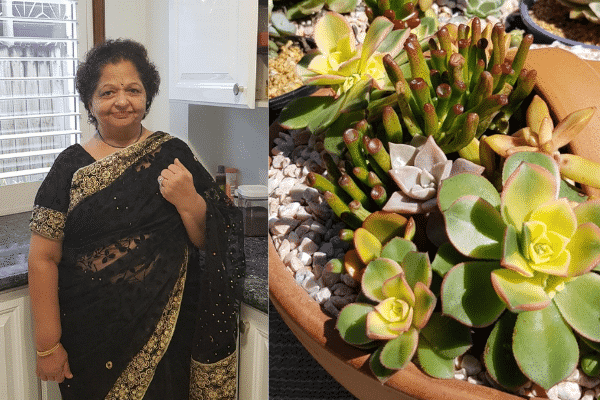 Preeti Vijaya Sawrikar is no stranger to pain. Some of our readers might remember reading her story in 2019, The Power of Petals. The story of how the restorative effects of gardening helped Preeti fight a painful condition caused by a degenerative neck, was inspiring. Many operations later, the pain still lingers and is often quite unbearable. However, Preeti has found a new way to continue to help herself, as well as spread the love for plants while supporting a noble cause in her home country.

The seed of the idea came to Preeti when she visited her hometown Hyderabad to meet friends she had been to school with. She was meeting them after 49 years and there was much catching up to do. One of the childhood friends she met was Dr Anant Reddy, now a reconstructive surgeon for a leprosy hospital.

“Anant had this calm and radiant aura about him,” Preeti recounted to Indian Link. “Speaking to him, it was clear that it came from his years of dedication to a noble cause, the leprosy hospital he worked at since he became a doctor. I wanted to know more.”

On her return to Sydney, Preeti saw videos of the Sivananda Rehabilitation Home that Dr Reddy sent her. The heart-breaking and touching stories moved Preeti so much that she decided this was a cause she had to support.

Already an accomplished hobby gardener, Preeti decided to combine her creative skills in arranging succulents to contribute as best as she could to the cause.

The logistics of collecting plants and pots and hauling bags of potting mixes wasn’t an easy one. Succulents are hardy plants which easy to look after but a tiny plant can sometimes cost up to $10. Her personal collection of hundreds of plants helped to some extent, but she often drove for hours to pick up bargains from online sellers. Explaining the process of creating unique arrangements of these plants, Preeti says, “Succulents come in a variety of shapes, colours and sizes. It wasn’t just a matter of throwing them together. I had to consider the water and light requirements to match similar plants together in an arrangement which was also aesthetically pleasing”. 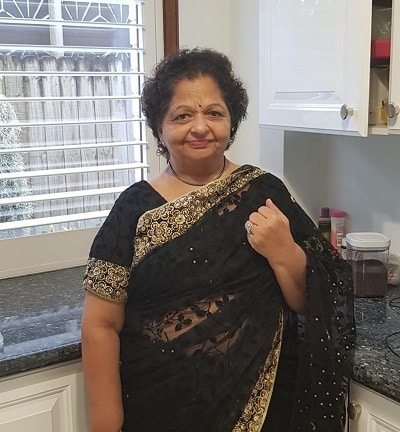 She then contacted her friends and put a word out to the community about her project. Many were surprised to know that leprosy was still a prevalent disease in India.

“Until I met Dr Reddy, I myself did not know much about leprosy,” confesses Preeti.

Her project helped in raising this awareness. Leprosy, a bacterial disease, affects the body’s nervous system. Affected areas are skin, eyes and muscles of the hands and feet. As the disease progresses, sensations are lost, making the patient vulnerable to cuts and infections. Stiffened muscles cause clawed hands and the loss of the blinking reflex could even lead to total blindness. Amputation of fingers, an arm or leg becomes necessary at times.

However, it is not just the physical impacts of the disease that are significant; leprosy carries with it a social stigma which impacts the social and economic well-being of patients and families.

Sivananda Rehabilitation Home, in the outskirts of Hyderabad, was founded in 1958 by Rani Kumudini Devi, to provide a refuge to such patients. Today it houses over 500 patients and treats thousands each year. It also provides patients with rehabilitation and occupational therapy necessary to integrate back into their community. Dr Reddy’s work in reconstructive surgery not only returns the function of sloughed body parts but also restores normality to their appearance, increasing social acceptance of leprosy patients in the community. It also helps them to perform daily tasks and live independently.

Preeti was overwhelmed by the support of her friends and community to this cause. Within a matter of weeks, over 300 to 400 of her succulent art pieces were snapped up, raising over $8000 to date. As Preeti puts it, “The satisfaction of having made a difference has helped me forget my own pain. That is priceless. A therapy session costs $200 per hour but the benefit this project has given me is invaluable.”

Most of us live a privileged life in Australia, and a little support can go a long way. A set of specialised footwear for people affected by leprosy costs less than $10. With $200, reconstructive surgery of deformed hands and feet is made possible, and $100 can cover the annual medicine cost for one patient.

And while providing this invaluable support if you want to take home a lovely succulent plant arrangement too, please get in touch with Preeti on vijay.sawrikar@gmail.com.