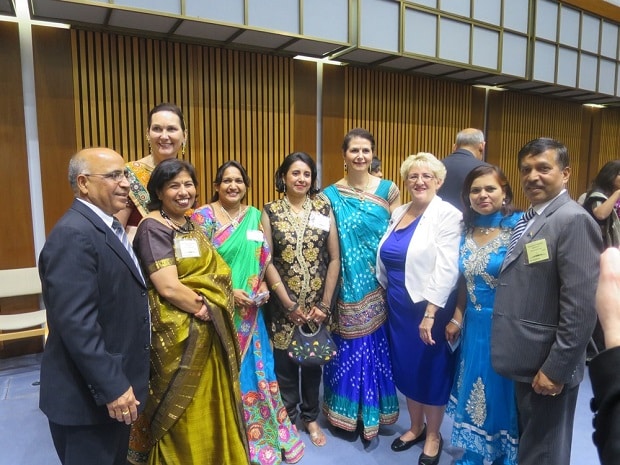 The occasion saw leaders from across all political parties come together at a special gathering of prominent Indian Australians, at the event co-hosted by the Hindu Council of Australia.

Senator Fierravanti-Wells, who has special responsibility for Multicultural Affairs and Settlement Services, said Hindu and other communities had contributed to the richness and vitality of Australia.

“We welcome and celebrate the valuable contribution our many communities have made to Australia’s social cohesion,” said Senator Fierravanti-Wells.

“I congratulate the Hindu Council of Australia for its contribution over the past 16 years to supporting and fostering growth and integration and the work of its participating organisations. The Council should also be commended for its active work in interfaith meetings and multicultural activities in Australia.”

For all photos visit: http://ow.ly/DX6TD