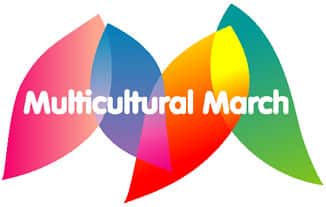 Minister for Citizenship and Communities Victor Dominello recently launched the event saying, “Now in its fourth year, Multicultural March is an initiative of the NSW Government which complements National Harmony Day, being held on 21 March. It’s an opportunity to celebrate the diverse cultures which make up our Australian identity.”
“It is a time to reflect on the inter-cultural harmony we enjoy in NSW – which is underpinned by understanding, tolerance and a shared commitment to Australian values,” Mr Dominello said.
“In NSW we live in one of the most culturally diverse societies in the world with 45 per cent of people either born overseas or having one parent born overseas and one in five people speaking a language other than English at home.”
The Multicultural March program has something for everyone. There are mediation sessions, street parades, short film screenings, discussion forums, music performances and poetry slams.

Lane Cove Library will host a community art project where participants will join the local council’s Cultural Diversity Advisory Group and create a beautiful origami lotus flower. The lotus flower has long been associated with eternity and beauty, especially in the Hindu and Buddhist religions.
The State Library of NSW will offer free guided tours in Arabic, Urdu, Mandarin, Punjabi and Hindi as part of the multicultural month, while there will be several events across Sydney aimed at welcoming new migrants and celebrating and supporting refugees and migrants who have given back to the New South Wales community.
At the recent launch, Minister Dominello announced the government would provide a $25,000 grant to support the Children’s Festival taking place in Sydney on Sunday 15 March. This festival, to be held at First Fleet Park in The Rocks, aims to include children in the multicultural celebrations through a fun family day out.
This year there appears to be a focus on celebrating diversity outside of the cities and cultural centres will events being hosted by regional and rural councils and local organisations.
Tweed Head Library will hold Harmony Day bellydancing, the Forbes community will host a weekend Harmony Day festival, Wagga Wagga Council will explore how shapes relationships and cultural exchanges through their Taste of Harmony afternoon tea. Bellingen will host a public market while the communities of Coffs Harbour, Mullumbimby, Bathurst, Orange, Albury, and Singleton will also host a series of events celebrating the harmony and multiculturalism of their local areas.
For a full calendar of local activities taking place during Multicultural March and to purchase tickets to the Premier’s Harmony Dinner visit: www.multicultural.nsw.gov.au.